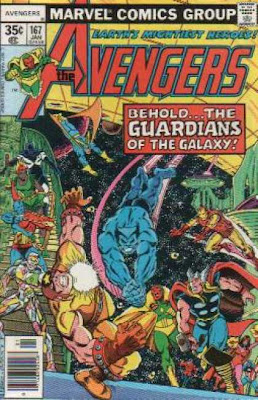 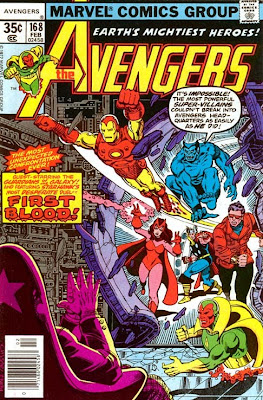 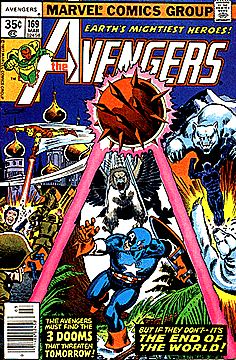 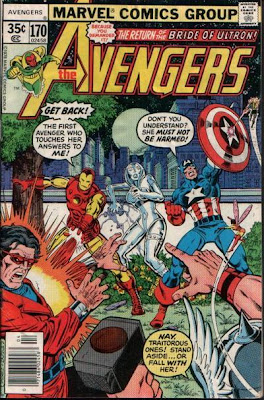 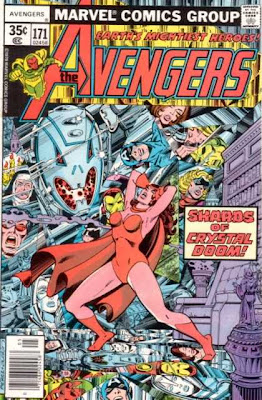 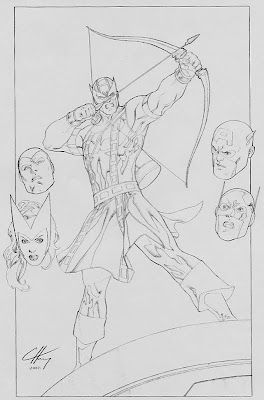 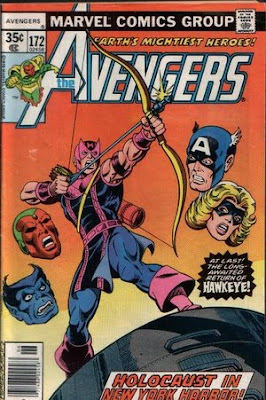 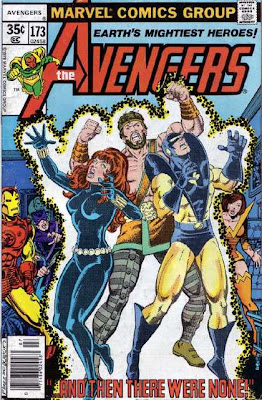 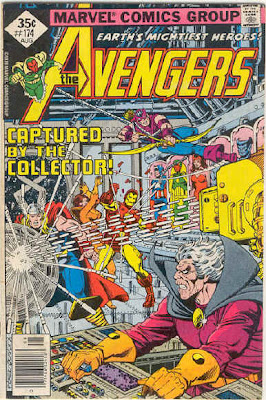 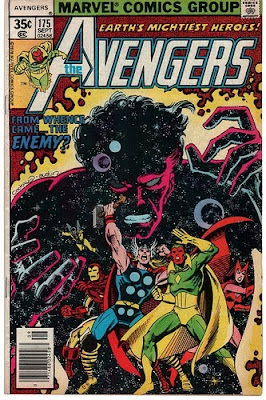 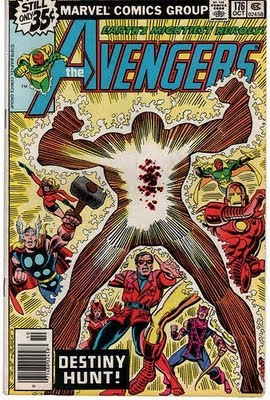 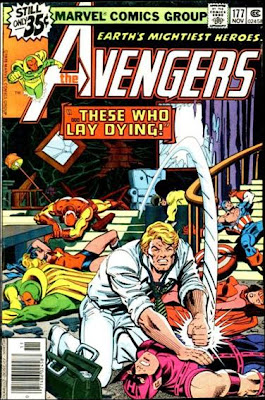 Story
In an earlier battle with Thor (in Thor's own title), Korvac careens to the 20th century from the future and but using the vast knowledge he had gained, recreates himself in perfect humanoid form calling himself "Michael". He travels to Earth with the noble intent of reshaping it into a utopia. Korvac, however, is pursued by his enemies from the future
- the Guardians of the Galaxy, who join forces with the Avengers in a bid to stop the villain's assumed evil plans. Having hdden himself in an American suburb called Forest Hills, none of the Avengers or the Guardians could locate him.

Starhawk (a member of the Guardians who has heightened cosmic awareness just like Mer-Vell) somehow senses and finds Korvac to battle him alone in secret. Korvac, however, defeats and disintegrates Starhawk and then recreates him atom by atom, but without the ability to perceive Korvac/Michael in any way so as to avoid future detection/confrontation.

The Collector (an Elder of the Universe) had foreseen the coming of two beings that were more powerful than the Elders (Korvac and Eternal), and remade his own daughter Carina into a being of incredible power to be used as a weapon against Michael after earning his trust. Things do not go as The Collector planned as Carina falls in love with Michael after their meeting and she begins to sympathize with him and his plans for utopia. The Collector is soon
defeated by the Avengers after a failed bid to "collect" and protect the heroes as Korvac would eventually destroy them all. Korvac, discovers the Collector's plot and disintegrates the Elder as the Avengers watched in disbelief!

The Avengers finally managed to narrow down where Korvac may be hiding from the energy dispensed in destroying the Collector. However, they still could not locate him if not for Starhawk reacting to the Avengers speaking to thin-air (as he is now unable to perceive him at all!).

And that's when things go south resulting in almost ALL (except for Thor and Moondragon) of the Avengers & Guardians of the Galaxy biting the Big One!

It was Carina's final act to join Michael in death that she used every iota of her strength to revive all of the dead heroes. 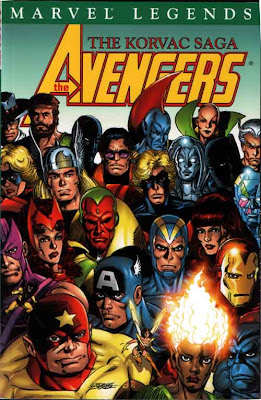 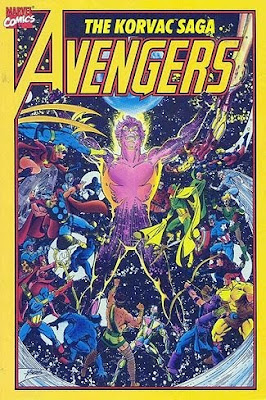 Art
George, Sal and Dave provided some awesome visuals. Although the work in those issues can't be compared with the work they produce today (Well, I haven't seen Dave Wenzel's work for some years now. The last that I saw his work was the comic version of the Hobbit - which by the was was brilliant.) 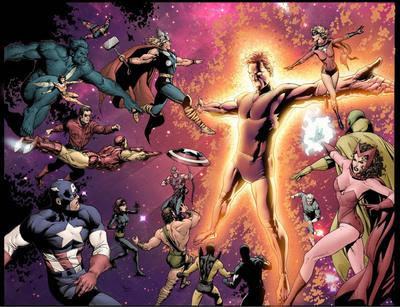 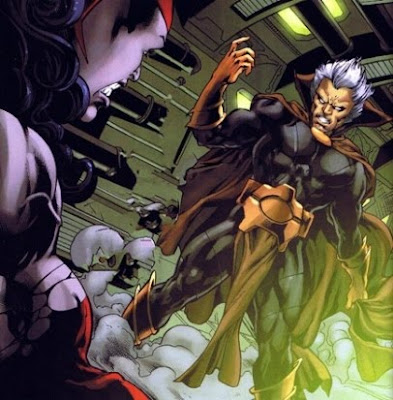 Overall
This story was one of the earliest ever epic level storylines that (the others that I can recall off the top of my head would be the Kree-Skrull War, which ran from #91-97) ran for over 6 issues. Back then, stories of this nature were very rare, unlike today. As such, they were really treasured, not only because they were rare but also because they were great stories and these stories weren't run-of-the-mill stories but were significant.

A classic cosmic epic from the past!

Order your copy of the trade paperback here 31% off:
Avengers: The Korvac Saga (Marvel Premiere Classic)