Characters from a demented mind

I was watching Captain America the First Avenger the other day and I was just thinking how cool it would be to see the Red Skull's right hand-man, Dr Arnim Zola appear on screen as the super-villain. He would seriously be a visual nightmare!

That led me to thinking about other Marvel characters that are as nightmarish, if not more so. I will do a DC version another day. Here are some of the most visually disturbing characters from the Marvel Universe.

Altho' he looks really disgusting and deadly (Who's thinking of Jabba the Hut?), I think he's one of the lamer X-Villains around. Which explains whjy we don't really see much demand for his appearances. After all, he's just a greedy and over-weight entertainment profiteer from another world. 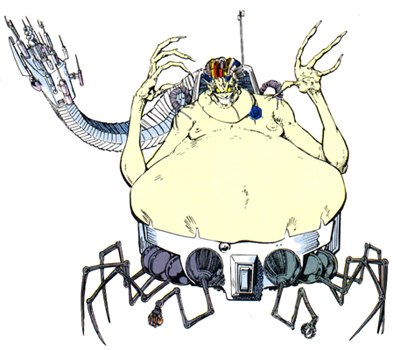 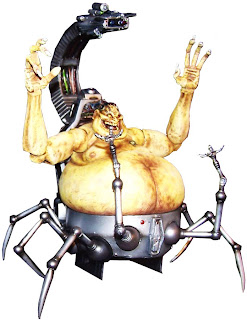 MODOK (Mobile Organism Designed Only for Killing, seriously)
He started off as one of AIM (Advanced Idea Mechanics)'s scientists but he had been "promoted" so that he could serve them better as a giant deformed floating head of death! A constant thorn at Capt America & Hulk's respective sides. Sadly, he couldn't garner any respect as a villain! 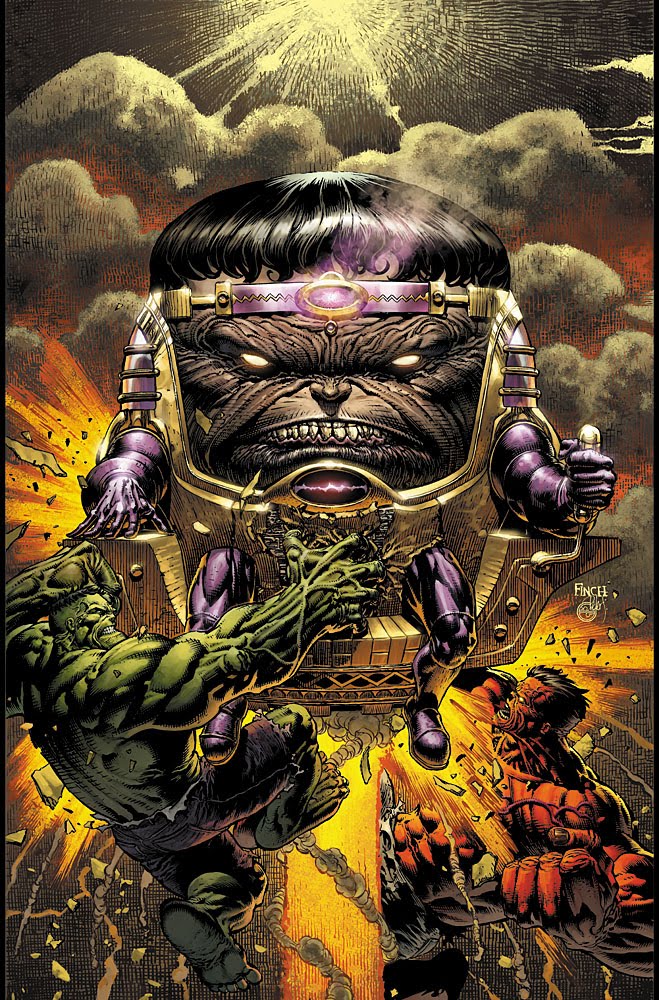 The one who started me thinking about all the guys in this post - Dr Arnim Zola. In the movie, he's the cute & chubby bespectacled right-hand man to the Red Skull, but here we see him in all his awesome nightmarish glory! 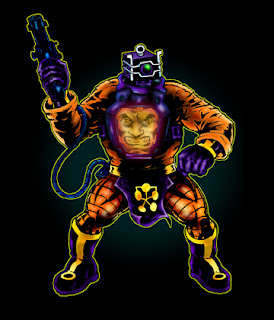 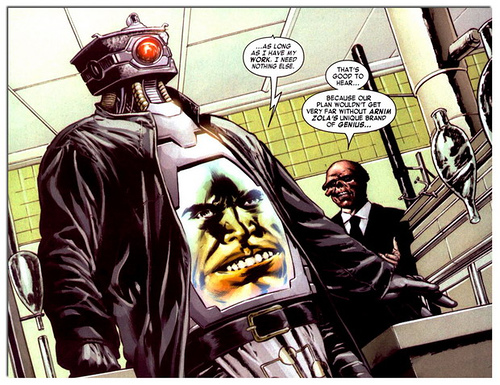 The Leader, one of Hulk's nemeses, may not appear scary on paper but put him on the big screen and you can picture his throbbing green head with his head veins about to pop and that's as nightmarish as it gets. 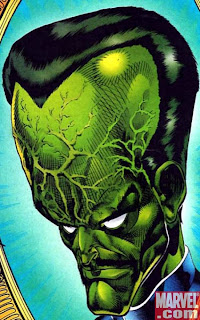 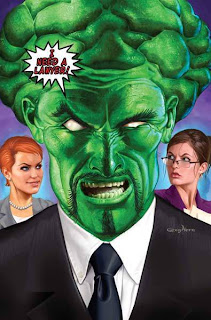 Jigsaw, one of Punisher's playmates. You can say he's kind of Marvel's version of 2-face. I say that because he has a face only his mother and henchmen/moll could love. He was, in fact, the villain in the 2008 Punisher: War Zone movie (that, thankfully, I haven't yet watched, as I hear it's quite bad.). 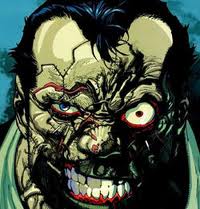 The DemoGoblin was introduced during one of Spiderman's most convoluted periods - the 90's, when the Clone Saga was running rampant. He is a demonized version of one of my favourite Spidey villains - the Hobgoblin. He looks pretty interesting, agree? 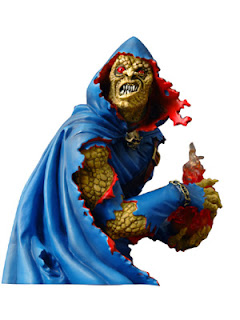 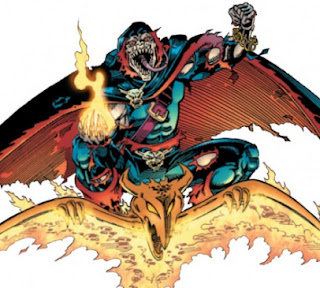 I first came across the Bi-Beast in Mighty Thor 315 & 316 (1982) and have since loved this 2-headed yellow monstrosity! This guy can go toe-to-toe with the strongest guys in the Marvel U - Hulk & Thor. I am not sure why he hasn't appeared in more books than he has so far. He has my vote. 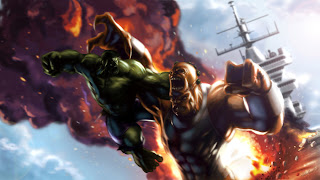 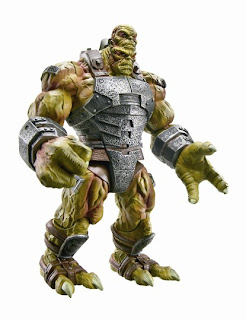 One of Apocalypse's bio-geneticists, this nightmare came from the Age of Apocalypse Universe and has been plaguing the New Mutants ever since. 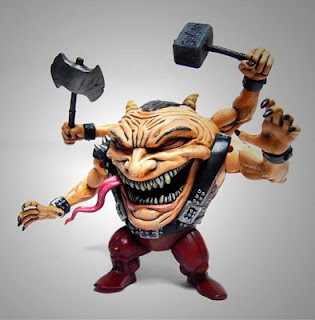 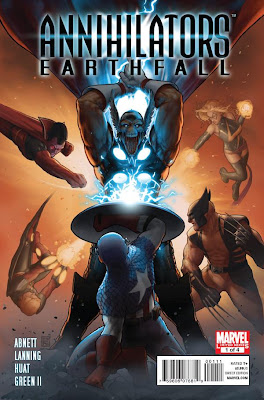 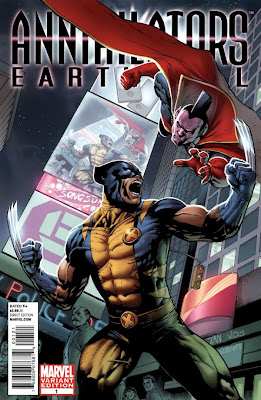 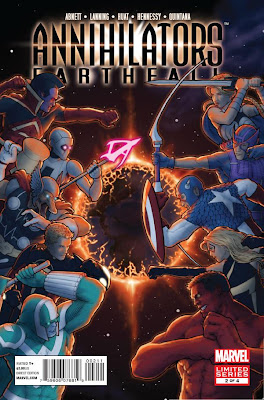 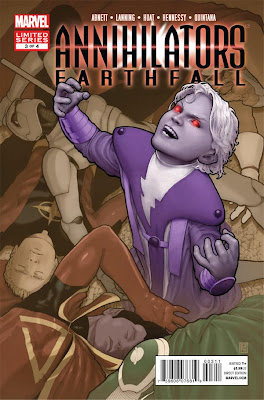 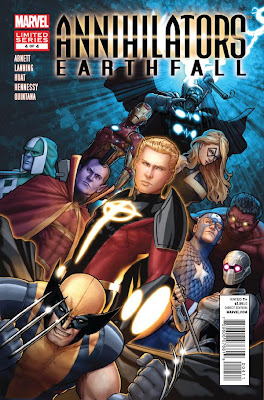 Story
The Annihilators, the most powerful Alpha class individuals banded together to tackle universal level threats like the recent Cancerverse - Ronan, Beta Ray Bill, Quasar, IKON, & Gladiator (minus Silver Surfer, who now is back to being Galactus' Herald again! See current issues of Mighty Thor for the full story.)

They realize a universal threat when they were addressing am attack from the Universal Church of Truth (UCT). The Magus (Adam Warlock's evil half) is being reborn on Earth.

They rush over to Earth from deep space to address this threat but the Magus has many alien believers on Earth who are shape-changers. SWORD had detected the arrival of teh Annihilators as they approached from space and had alerted the Avengers of the arrival of 5 Alpha Level beings to Earth apparently attacking humans (the disguised Magus followers).

Predictably, the Avengers attack the Annihilators, thinking them to be villains. More so, when Ronan, an old enemy of the Avengers, was among them.

Again, predictably, they join forces in time to defeat the Magus. There was no real suspense, or character development or anything at all except that it really sounds good when you put in on paper that you put these 3 groups of characters in the mini-series:
- 5 Alpha Level beings - the Annihilators
- the Avengers
- Universal level threat - the Magus

However, the results left a LOT to be desired.

There is a back-up story running thru' the 4-issues starring Rocket Raccoon & Groot.

This was another pointless story, but admittedly a fun read. Rocket Raccoon & Groot have been placed into an entertainment show for Mojo's world and they discover it in time to bring the punchline to Mojo & his henchman Major Domo.

Only for them to discover that it was all a ploy by Major Domo, using a robot replica Mojo to curry favor from the Real Mojo who was away. RR & Groot end up having a profitable deal from Major Domo on their action figure deal for not whupping his @$$.

It has no impact to the characters or any significance to the Guardians of the Galaxy or Marvel Universe.

Art
Tan Eng Huat - What can I say? I was really excited that a fellow Malaysian made it big with the big 2 when I first saw his work in DC's Doom Patrol in the early 2000's.

However, I guess he is experimenting with his own style and thus, the outcome in Annihilators Earthfall is a big mess. His work is inconsistent, with some panels that really show promise, with detailed line work, realistic and aesthetically pleasing art while others look rushed and even caricaturish. Just think Jim Starlin at his worst - pointed noses, deformed faces and body-types.

Honestly, I really believe Tan has the chops to emarge an artistic force that would represent my country but at the moment, he is just too rough of a diamond, and still needs more polish. Much much more.

Here, Tan killed the reading experience for me as his artwork is really not my cup of tea. There are a few panels that he really shined, with artwork reminiscent of Neal Adams' work but those are few and far between. He has more bad notches than good.

Judging from the back-up pages alone, I conclude that Timothy Green II is a much better artist than Tan. It's a pity that he was only given a back-up feature but I foresee him doing great things within the next 2 years!

He has cutesy cartoonish art, and at some points even look a lot like Moebius, Eduardo Risso (100 Bullets) & Mike Mignola (Hellboy, BPRD) 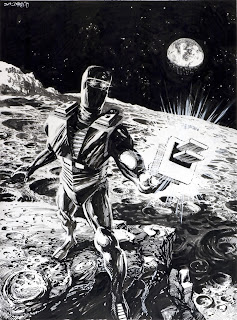 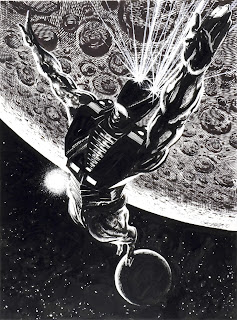 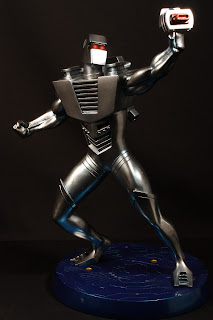 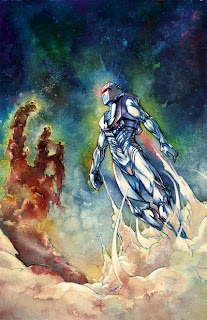 Overall
This series was a complete waste of time despite DnA being at the helm and a bunch of my favourite characters. I love almost anything by 1 of my favourite writing teams - DnA. I also love many of the characters in the Annihilators:
- Gladiator (Marvel's Superman. I loved him from the moment I saw him in Uncanny X-Men)
- Beta Ray Bill (Horse faced Thor)
- IKON (actually she's supposed to be ROM, Spaceknight - 1 of my long time favourite characters from the 80's. However, Marvel can't use the name or character due to legal licensing issues.)
- Silver Surfer (OK, so technically he's a member but he's not in this story.)

Don't bother wasting your hard earned $$$ for this! You may borrow if your bff has them.
Posted by JM Loke at 6:33 PM No comments: