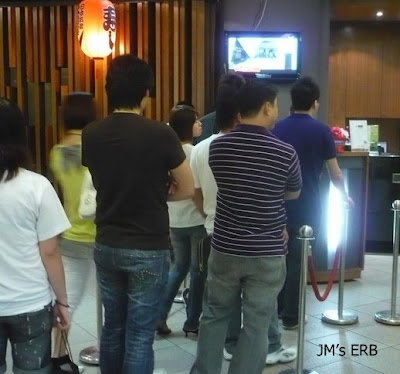 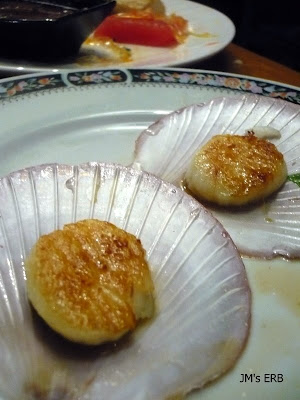 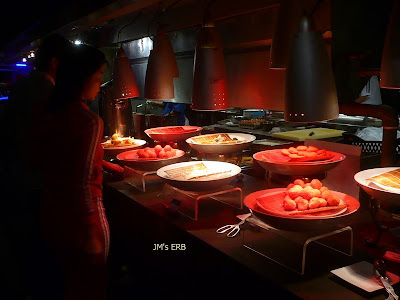 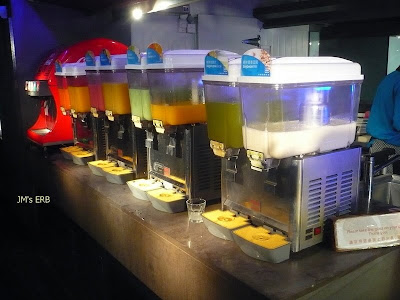 Getting thereOnce you are in the Starhill Gallery, make your way to the 5th floor but if you are using the lift, you need to identify and map the floor numbers to the themed names they had given to them. So the 5th floor was named Relish. 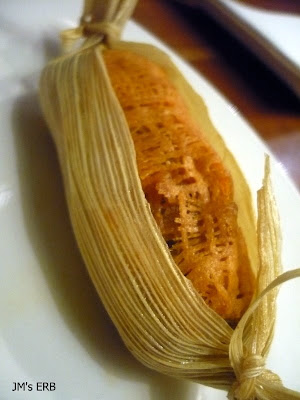 Parking
Either the park within Starhill or in the vicinity of the mall. 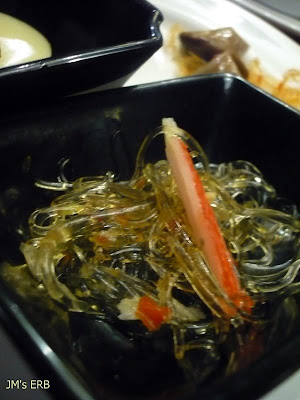 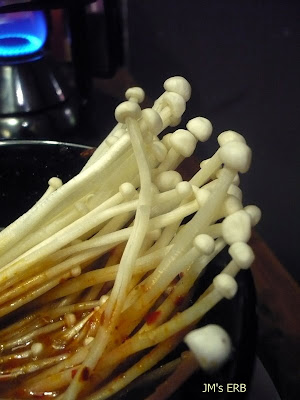 ServiceI was fairly upset that after having taken the trouble to make reservations and then was refused a date change request but they still allowed walk-ins when we were queuing to pay for entry. This is quite an unusual practice especially for such a supposedly “up-market” establishment. I have never seen a place where diners have to pay the entrance fees before dining. Food was also a challenge to obtain as there are layers of un-necessary complexity. They use tokens (each table has 3 such tokens), VIP dishes and the normal buffet grab-n-go systems. The tokens waste time as you may only order 3 items and have to wait for the food to arrive and token to return at your table. The VIP system allows diners to choose special dishes where normal people cannot access. 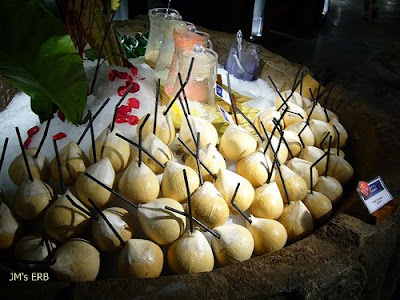 To spite us, they display these dishes at the Food Islands prominently only to be told we cannot have them. VIPs become so by spending over RM1000 prior. Lastly, the buffet system is the simplest but then we forgot that we were in Malaysia and thus, most of the food items we want, weren’t there except for the empty containers and food tags indicating their existence. So even common items like Chawan Mushi, Cod Sashimi, Tako 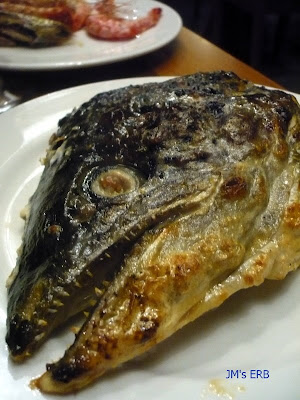 What really irked me to no end was that I had made a complaint about the roach (please see pix) running around freely at my table, presumably at many other tables in there. The Non-Chinese staff who first heard my complaint just shrugged it off. So I made my complaint to another staff who was Chinese but she said I needed to refer this to Management. 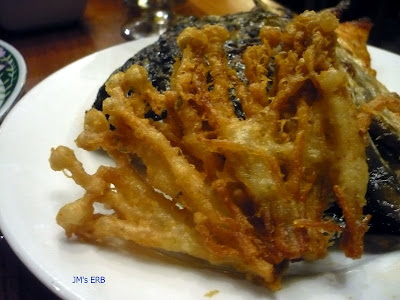 However, as we were rushed out of the place like so much prodded cattle when time was up, the entire staff was too busy with the crowd that was rushing to come in for the next round of buffet. I tried making the complaint on-line but their web-site is totally in Chinese. 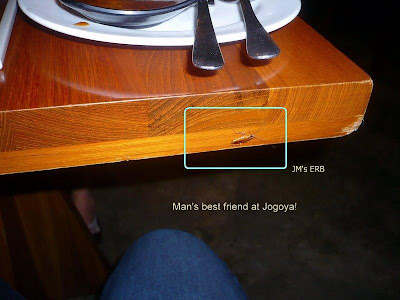 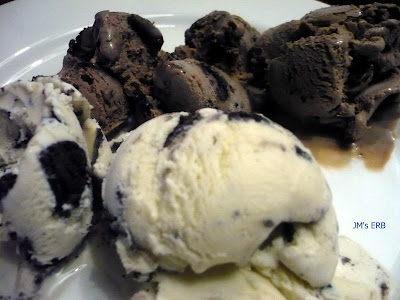 AmbienceNamed as “one of the (if not “the”) grandest shopping malls in Kuala Lumpur” & a place to provide “a gallery of rich experiences”, one would expect Jogoya to fit the criteria for such a description, or at worst, slightly below the mark, but would still be quite an experience. Alas, no, our experience there was unfortunately VERY FAR from it. 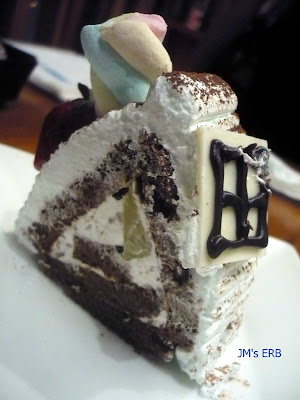 The place is huge and it takes a while before you can orientate yourself to its maze-like layout. The lighting was also quite dim. Against the mainly dark-wood and cement finish of the décor, the place is quite dark. 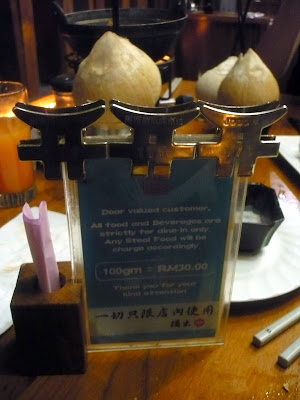 It has islands of food counters that serve different categories of food – Tempura, Sashimi, Desert, etc. Additionally, the dining tables are also segregated into dining rooms or segments. You can almost literally get lost in there. The dining room segment where we were at had a hand washing basin and hence the staff also used the basin after they bussed the tables. There was a slight stench where we were. 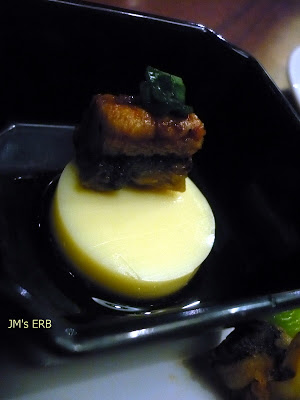 TasteThere was nothing outstanding that I could recall except for the coconut drink. The food was not bad either, just not great. Of course, they had free-flow of Haagen-Dazs ice-cream but at any time, there were just too many diners waiting in line for it, and the fact that the tubs were frozen extremely hard (almost rock-hard) made it almost impossible for ladies to get any. As one very experienced in scooping ice-cream from frozen tubs, I pride myself to be quite adept at doing that but here, even I had trouble getting a single scoop until they had a couple of other tubs. That meant we were only able to try 2 flavors although there were more. 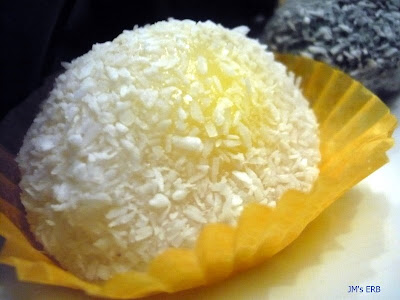 PresentationI have to admit that some of the items were very nicely designed in terms of the presentation. However, on the Sushi and Sashimi, Zenri does a much better job (http://jmerb.blogspot.com/2009/03/food-review-xenri-dgarden-terrace.html). 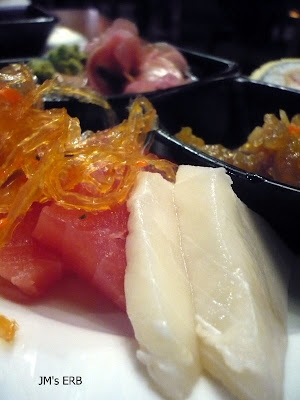 VarietyThere are a lot of items at first glance (that was what brought us there) but upon closer inspection, there really weren’t that many items worthy of mention.
The unusual part is that they also serve free flow alcohol in the form of red & white wines and cocktails like AK-47 (but in plastic cups…>.<). Value for Money Well, it we the food was really available and didn’t have so many complicated systems and diners really had time to eat, I would not have labeled this place as over-priced. Alas, ½ of our time there was used up waiting for food to be either replenished or delivered. So mostly, our table didn’t really have much food there and when it did, dear old Coach Roach (and perhaps his good friends) was there as well. 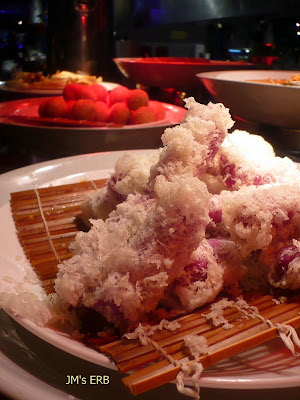 Overall
Over-rated. I seriously don’t know what the fuss about this place is. Ambience was far from the image conjured by the description and image Starhill projects. Staff didn’t really bother eventho’ I told them of the roach problem (perhaps it’s been a common feature for some time now).
Posted by JM Loke at 5:15 PM

Hi. I've been to this place twice. I didn't really like the food.

Typical of the service here, especially when restaurants hire foreign staff and do not train them properly. Worst, if the foreign staff are unable to converse in English. If this happens in Australia..... (it won't happen in australia).

Second, this restaurants boldly puts up the "Haagen Dazs" ice-cream, putting it as the main focus to customers- who think there is a huge range, but truth is, it's only one little kiosk.

Which is misleading the public. I suggest you send this link to the Management, as well as write directly to their management.

and encourage others who have dined there to come and add comments to this blog entry.

It's time we stood up for our rights, instead of just blogging about it.

Thanks for your comment!
I'm glad you feel so strongly about your experience in Jogoya! I was beginning to wonder when Malaysians would begin to demand for better quality service and goods! In fact, after my lack of response from the staff in KL, I did leave a customer feedback on their official web-site. BUT guess what? No reply what-so-ever! So, I feel it is my duty to help other food lovers know of what to expect from a place that undeservedly has a reputation of being a "premiere" dining outlet. So do spread the word and hope you will come visit often!

how did you write your feedback?

if you kept a copy of the letter, then email it directly to the management, instead of the customer service..

i wrote a "STRONG" letter to DeliCious at their website finding some email on their site and forwarded to a few of their emails.. on sunday midnight (meaning monday morning) and they replied by monday evening.

Better than nothing..
at least it goes directly to the management. sometimes management is not aware of this, or the outlet "does not want to report" so that they can keep "good image" with management.. internal politics, you may say, i guess.

my friend was horrified when i told her i put her real name in the email..

i'm like, "whats the point of writing something, if we are afraid of the consequences, eh?"

anyways, they told me to return for a complimentary meal. so i'm looking for someone who is not afraid- to blog abt the experience.

hei, send me an email at thebeautyregime at gmail.com.

I will reply through my other personal mail.