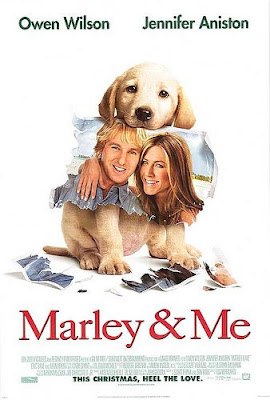 Story
This film is based on the best-selling autobiographical book by columnist John Grogan.

Newlywed newspaper writers John (Owen Wilson) and Jennifer Grogan (Jennifer Aniston) move to Florida to start the new chapter of their lives. When Jennifer hints at starting a family, John gets an idea from his close buddy Sebastian (Eric Dane) to get her a puppy as a substitute instead because John felt he wasn’t ready to do so just yet. John gets Jennifer a dog (Marley) as a birthday present and in no time, Marley has become an inseparable part of their lives.

Although Marley had been more than a handful for them from the very moment he was brought home, Marley eventually became the source of much amusing material for his newspaper column and garnered him a large and faithful readership.

Soon, after they inevitably start their family, Marley is still very much considered a family member by all (including their 3 children). The movie shows much of the Labrador’s antics (audiences will love these scenes) that earned Marley the notorious reputation (affectionately conferred) as the “worst dog in the world” and also how the Grogans coped with the eventual death of Marley. 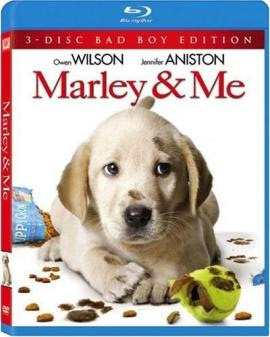 Acting
I have never really taken Jennifer Aniston as a serious actor but there were moments in this movie that changed my mind. She can act quite well.

As the movie used 22 different dogs for filming, there were scenes where the different dogs used were easily spotted. Some of the dogs exhibited noticeably more Mojo & spunk than others. 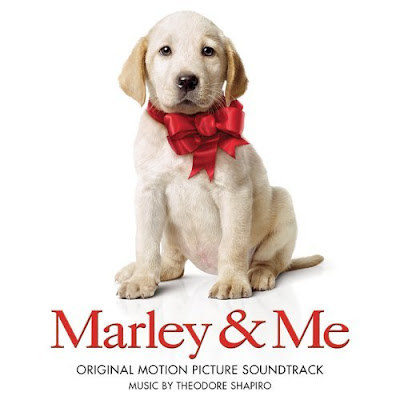 Overall
Anyone, especially dog lovers would enjoy this movie, which tugged at my heart-strings numerous times throughout the movie. However, the last segment of the movie that dealt with Marley’s eventual death is quite gut-wrenching and can prove to be extremely emotional for some.

I am certain sales of Labradors all over the world would definitely increase after a movie like this.
Order your DVD copy here: http://astore.amazon.com/eareotbi-20/detail/B001REZM6K
Rating: 6.5/10
Posted by JM Loke at 6:34 PM

hmmm...this movie is not bad but i heard people saying that the book is much better...and sir if you enjoy doggy movies...you should watch hotel for dogs...it is really wonderful and touching too...

oh yeah...about marley...i think many people would also be terrified of having a "marley" at home now...look at how he destroys stuff..example...my mum made a remark only rich people can afford to have a dog like marley,coz they will need to always change their furniture and stuff....lol

Thanks for the comments Fefi. Well, it's a movie of course and I honestly don't think many people in real life would be able to tolerate a dog with that kind of destructive tendencies.