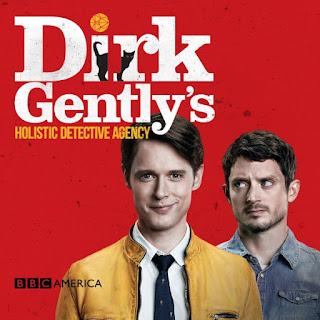 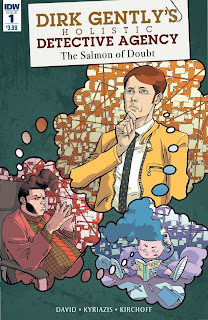 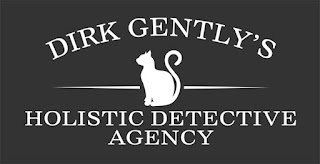 What it was about (in > 50 words)
A strange violent murder occurs at the hotel where Todd works. Unusual characters like Dirk Gently, a cat & a dog - intrudes his mundane life and they must to solve the murder before more strange & dangerous elements encroach into their lives. 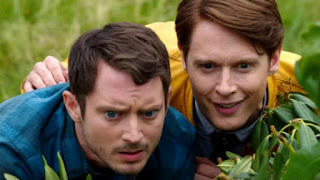 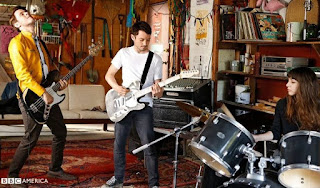 Anything special/memorable?
Some choice words to describe the series: Weird, Bizarre, Odd, Errr, Quirky, Unusual, Strange, Rubbish, What The...?! 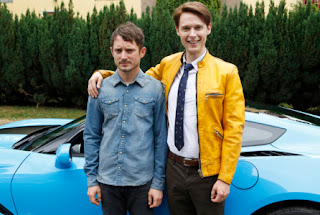 The series starts with the focus on Todd Brotzman (Elijah Wood) & an extremely violent murder scene in a hotel room where the occupants seem to be murdered by a (get ready for this) ...SHARK?!!. However, all the authorities find at the crime scene is a cat!?? 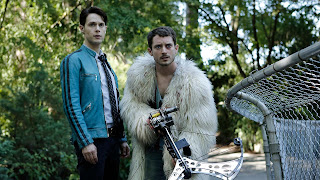 And you'd think that Todd would be the titular star of the show, but NO. Dirk Gently (Samuel Barnett) is much more peculiar and I don't know about you, his peculiarity is quite the adorable sort, perhaps bordering on annoying, but still loveable. 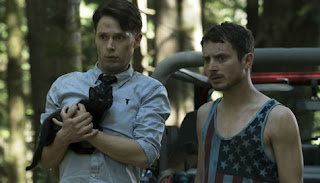 Dirk describes himself to be a detective who solves cases by "following fate" or where the universe leads him. His mantra being "everything in the universe is interconnected". 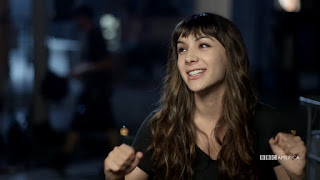 Visually, Dirk Gently is very different from the comic book version (the comic version looks even weirder than the TV version). 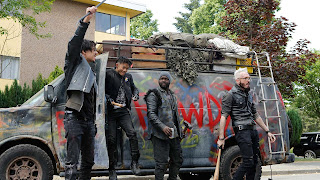 Waste/worth the time?
Will I want to watch this series again? Yes (maybe not so soon but definitely yes.) 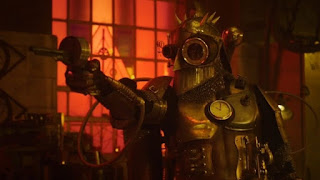 The series has a good mix of action, a healthy dose of comedy, mystery, time-travel hijinks, vampires (not the typical blood sucking variety, but The Rowdy 3 Farah Black (Jade Eshete), the personal bodyguard of Lydia Spring was thrown into the mix as a future partner and romantic interest for one of the male protagonists 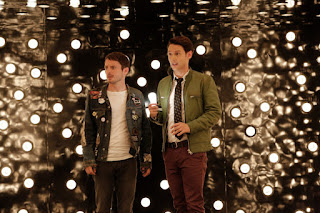 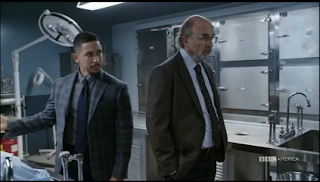 Hence, the cat at the crime scene was weaponised with the spirit of a shark whose attack can be devastating, and the dog was Lydia Spring, the daughter of the multi-billionaire Patrick Spring (who we learn later on was the time traveler Zackariah Webb) who was killed in the opening of the series. The bad guys wanted to get their hands on what they refer to as "the Machine" (which was hidden by Patrick Spring/Zackariah Webb before he died) so that they could live forever, by transferring their spirits into younger host bodies. 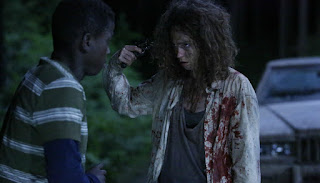 While all of this was happening, more madness was added to the mix in the form of the invulnerable Bart Curlish (Fiona Dourif) - a "holistic" assassin who feels that the universe leads her to people she has to kill. What is her connection to Dirk? Why did she want to kill Dirk? 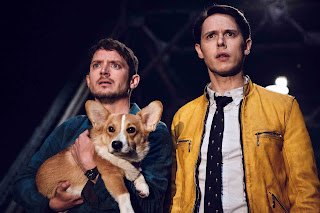 This is to me yet another winner from Netflix's stable altho' the 8 episodes were produced in collaboration with BBC America.
Posted by JM Loke at 3:42 PM No comments: