This post will be slightly different from the others as I have so much to share and I thought rather than taking too much time preparing my 1 large post, I'll do it in 2 so that I can bring this out to you sooner.

So, my review on the Story, Acting and Rating, etc will be in Part 2. Watch for it soon! =) 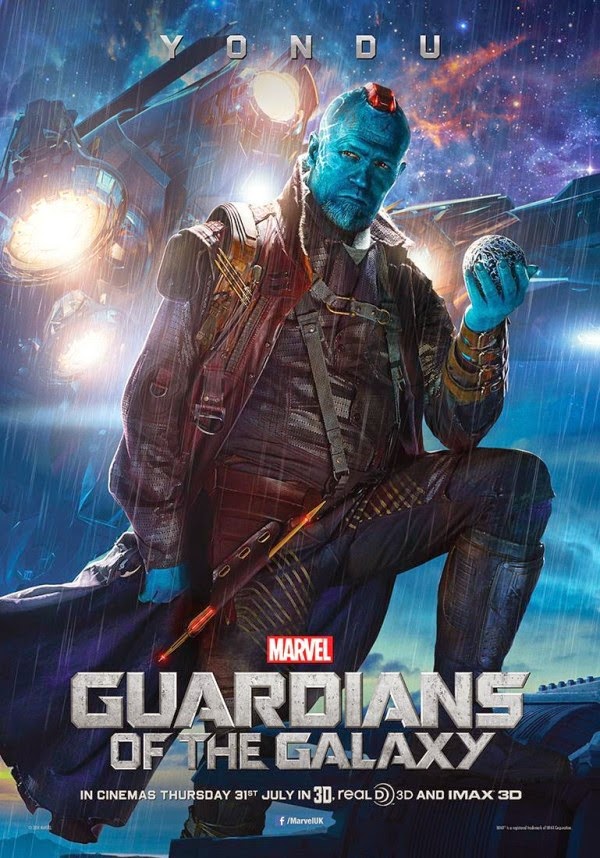 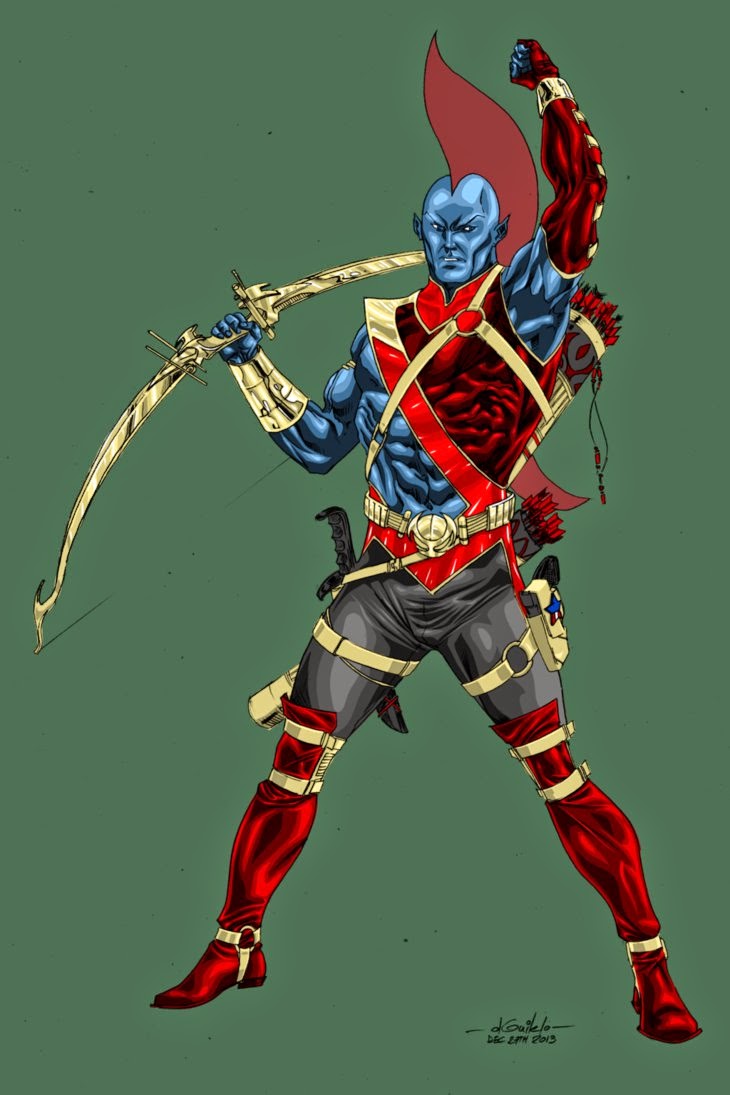 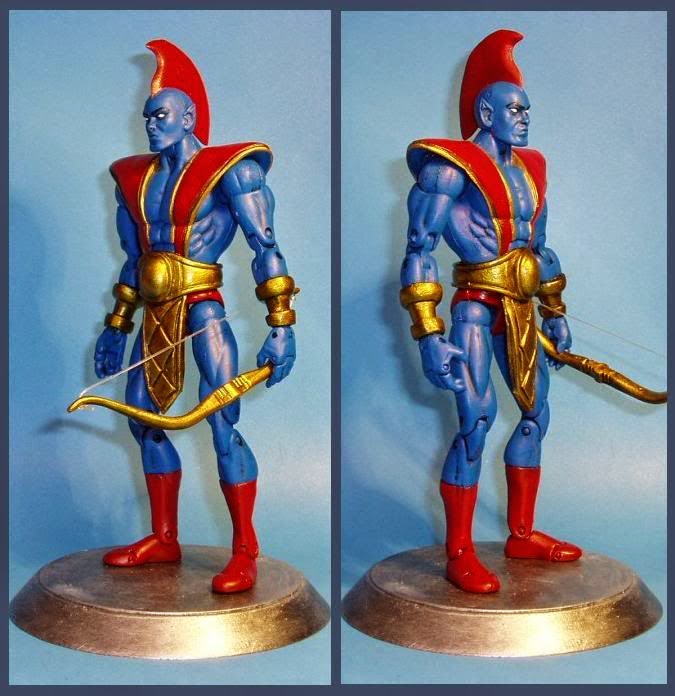 The original Guardians of the Galaxy
Brought together by the Badoon invaders (lizard-like aliens much like the ones in "V", but only less subtle and significantly more violent). Very similar to the movie, the original Guardians from the future were also individuals (the very last survivor of their kind respectively) from the Badoon's onslaught, who met in the prisons of the Badoon. 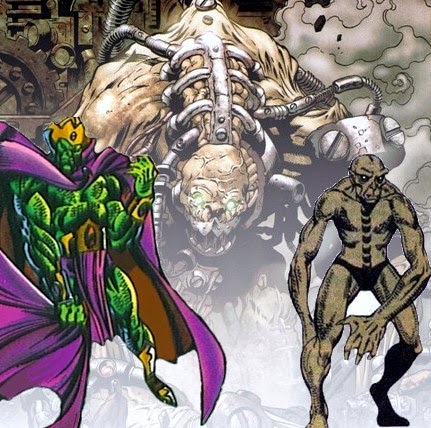 However, they were more prisoners of war than criminals or thieves as they were portrayed in the movie. 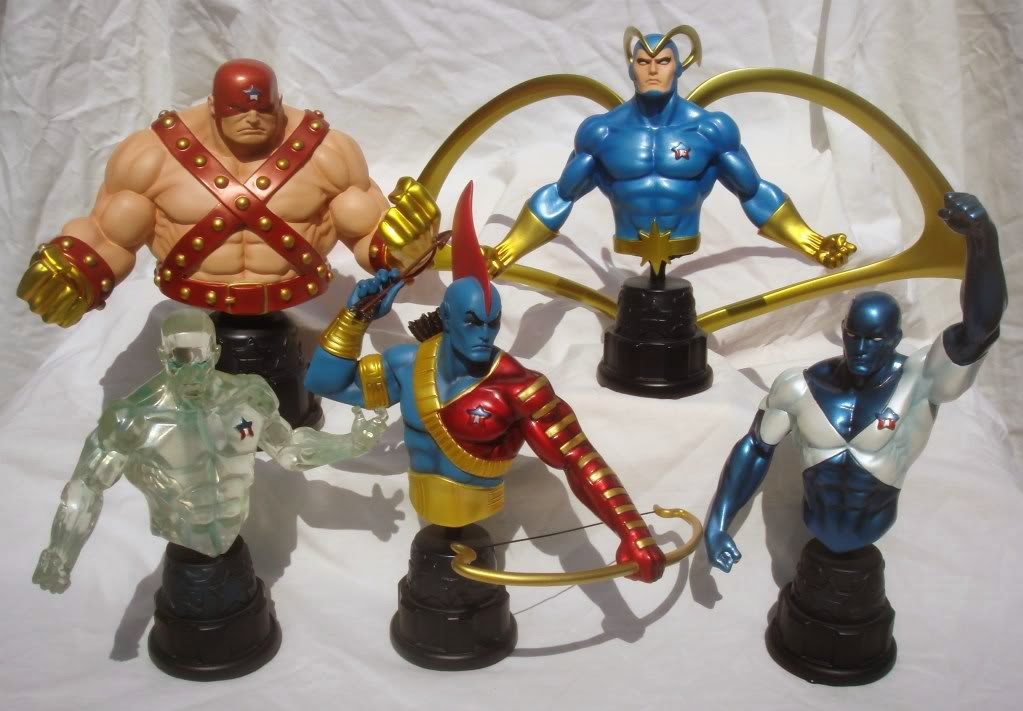 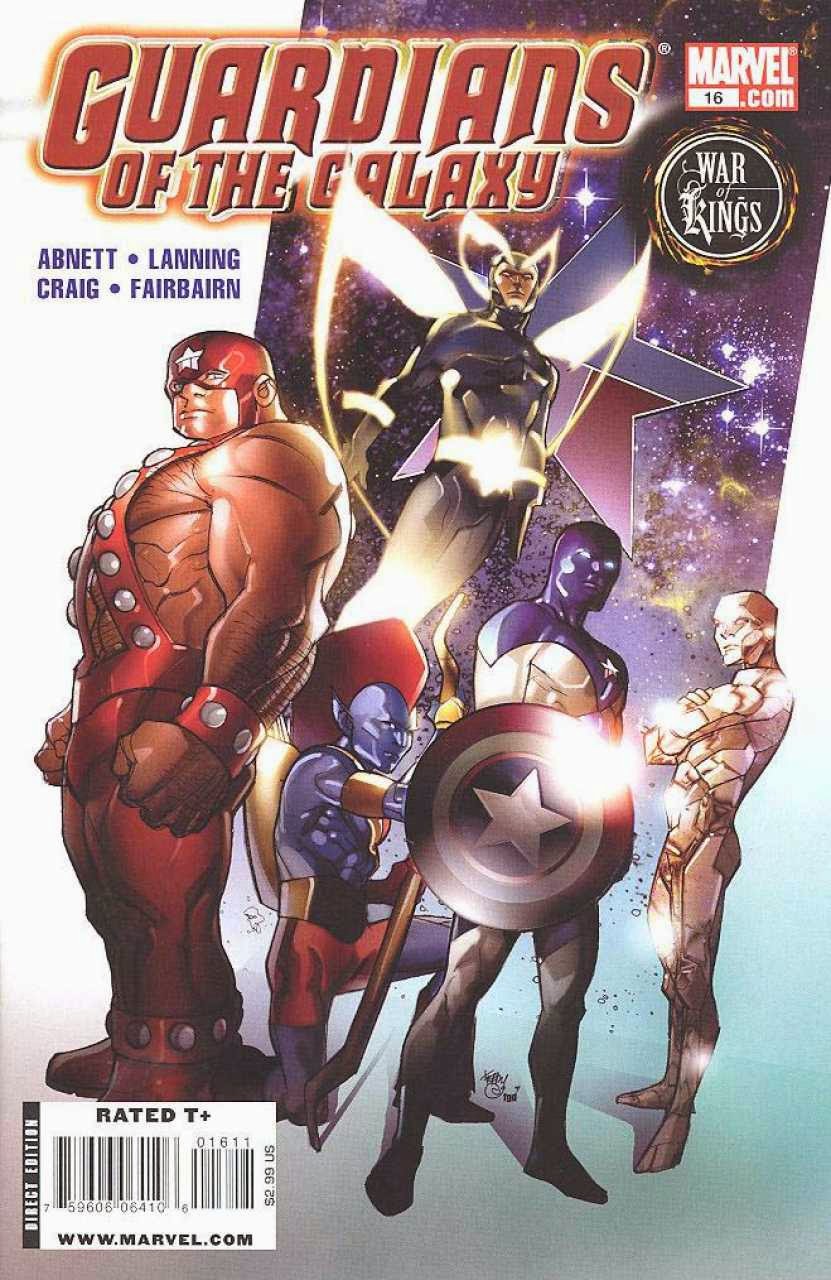 Other members of the original Guardians include:


Nova Corps
Now, seeing the Nova Corps (kinda like a Galactic Police Force) on screen was enough to get me soooo excited. Marvel geeks know that Nova is a key player in ANYTHING Marvel Cosmic. 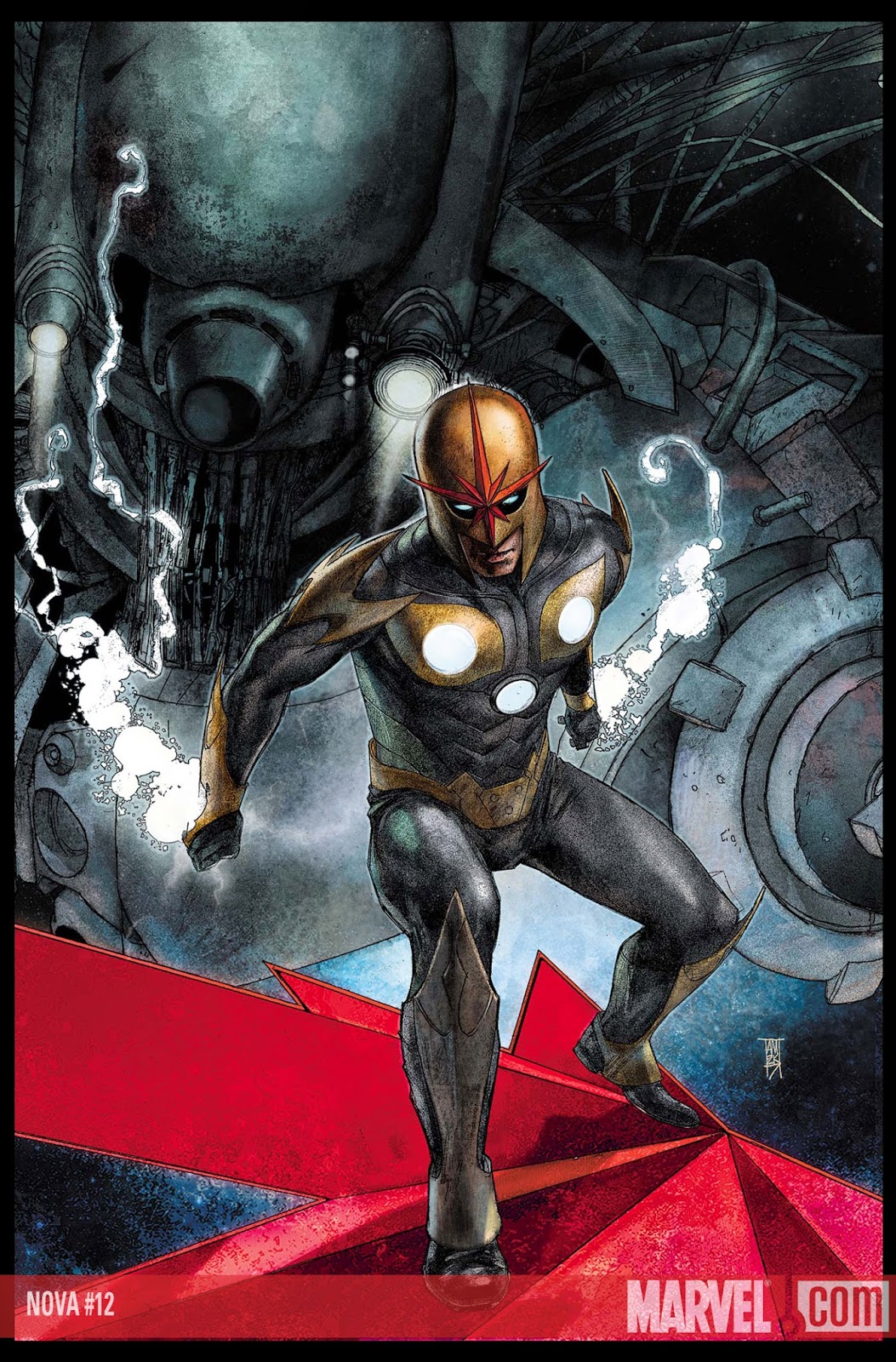 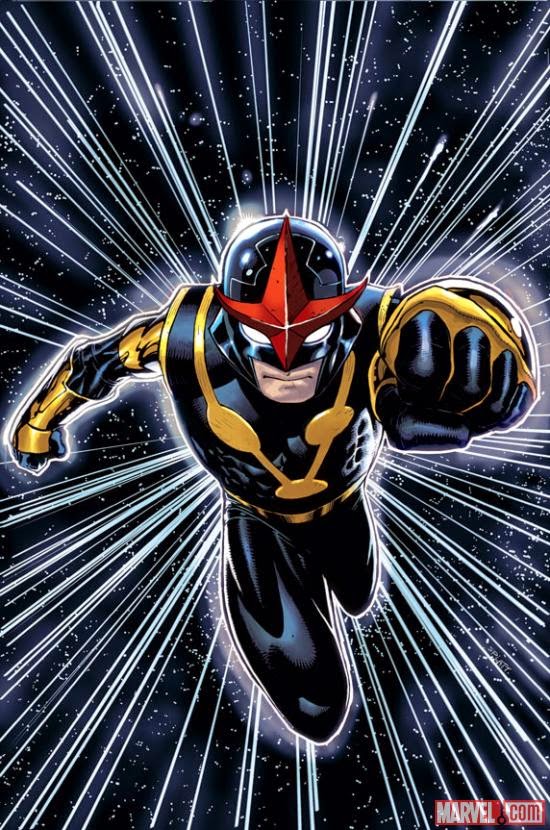 Although the 1st Nova (Richard Rider) is supposedly dead or gone, but we know nobody stays dead or gone forever. Anyway, Marvel had recently introduced a newer Nova (Sam Alexander) to cater to the newer & younger readers. So, we can look forward to seeing either version of Nova on the big screen soon! 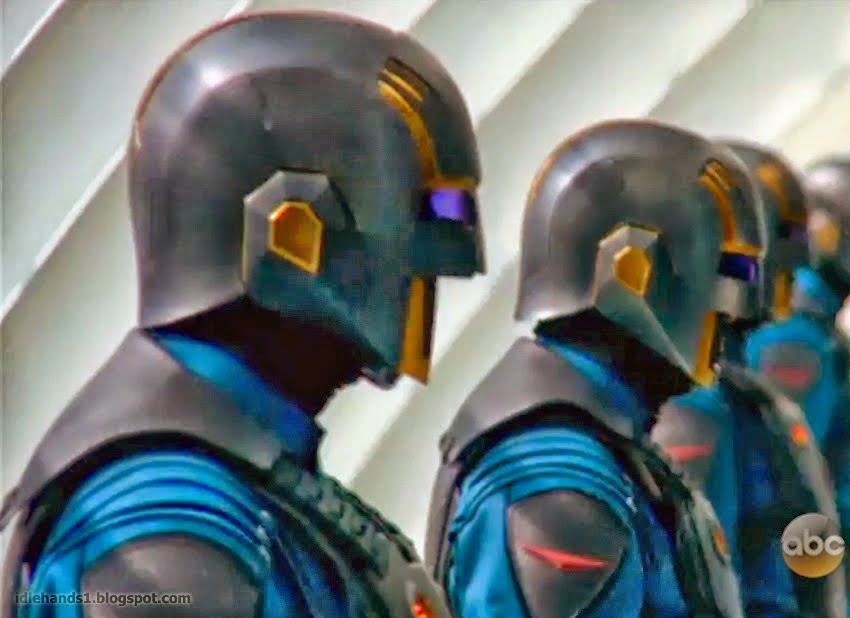 Celestials
First introduced in a title named Eternals in 1976, they are god-like giant beings who visit planets/civilizations in groups called "Hosts", that are responsible for the super-humans on Earth via their experiments, resulting in the creation of the Eternals, Deviants & Inhumans.

In the movie, we first see glimpses of these Celestials when viewers where shown Knowhere (see below) and when the Collector was explaining the origin of the Infinity Gems.

These Celestials are so powerful they can literally lay waste to planets & civilizations (as was shown in the movie). And they are so big (some even say up to 20,000 feet tall) they make Godzilla look like a house gecko. 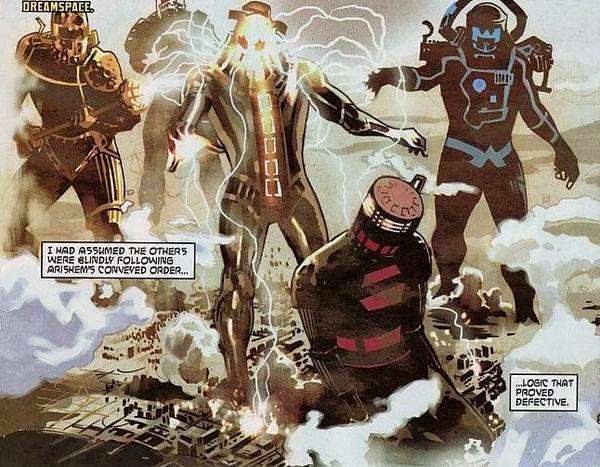 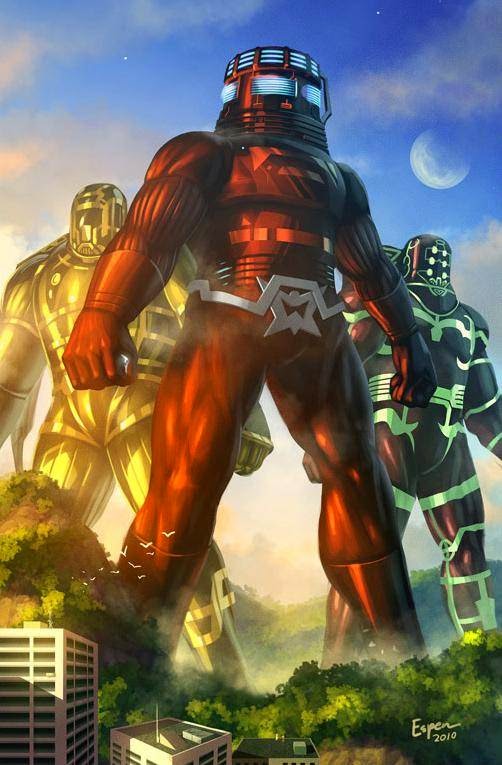 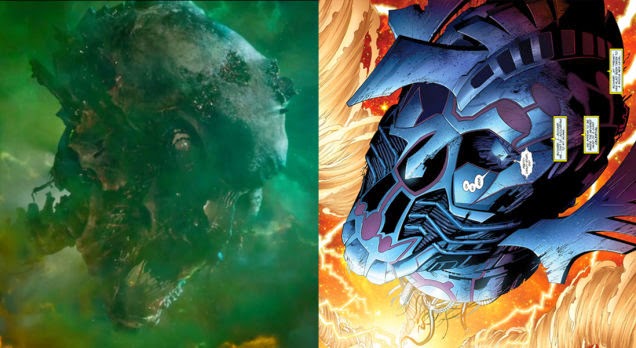 Fans of the book will know that the severed head of a Celestial,  Knowhere, is actually the Guardians' base of operations. Knowhere travelers can be transported to any point in the universe instantaneously, which I guess is pretty crucial when you are guarding the galaxy.

In the movie, that's where we see the Collector again (Yes, again because we had seen him before in Thor 2). And keen eyed viewers and geeks will definitely recognize Cosmo, the Astro-Dog (see below). 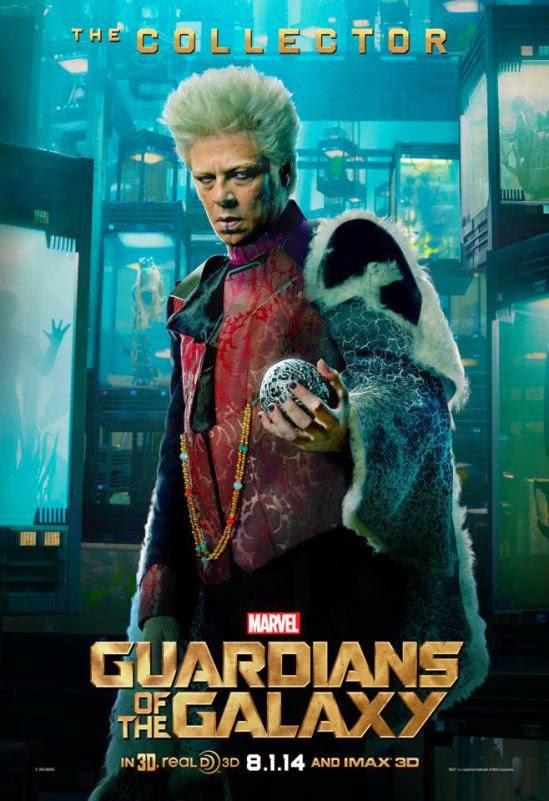 Cosmo
In the comics, Cosmo is actually a full-fledged member of the Guardians and Knowhere's security chief. So maybe in the movies, he'll be a Guardian in the 2017 sequel. We see Cosmo when we see the Collector mid-way in the movie AND ALSO in the post-credit scene. 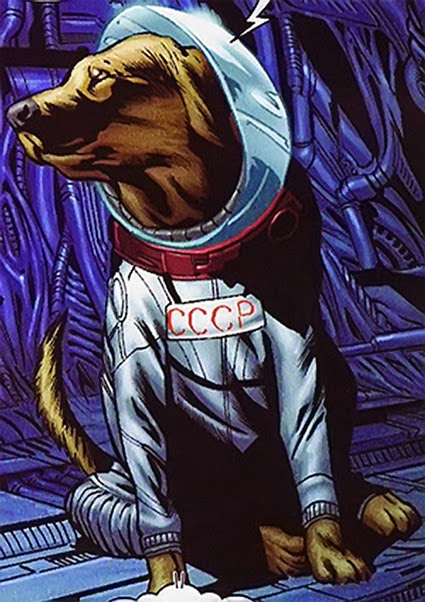 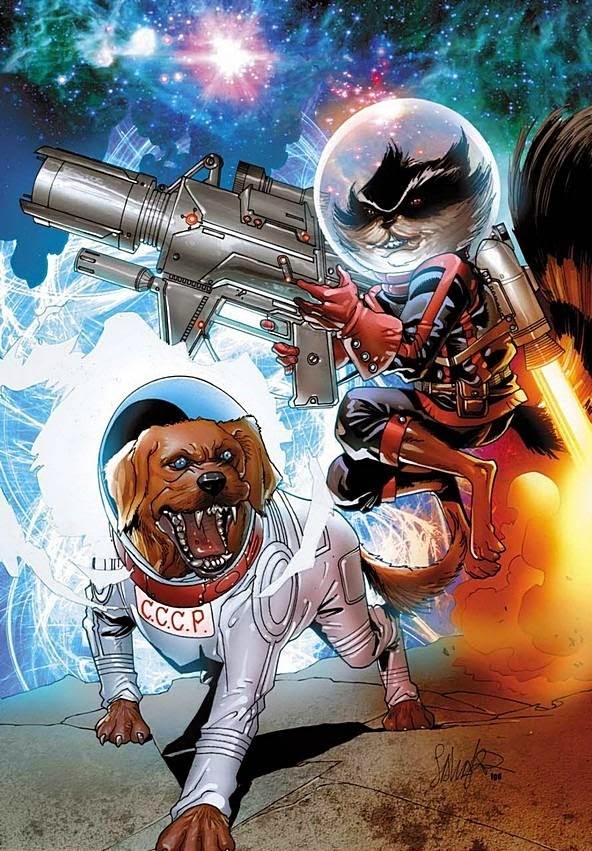 Post-Credit Scene (PCS)
YES, there is one!

So in the PCS, although I was a little disappointed because I wanted to see something to get my pulse pounding, much like seeing Apocalypse in X-Men:DOFP's PCS or maybe seeing bits of Dr Strange, Black Panther or Deathlok.

Unfortunately, viewers got to see this fella! Yup, Howard the Duck... 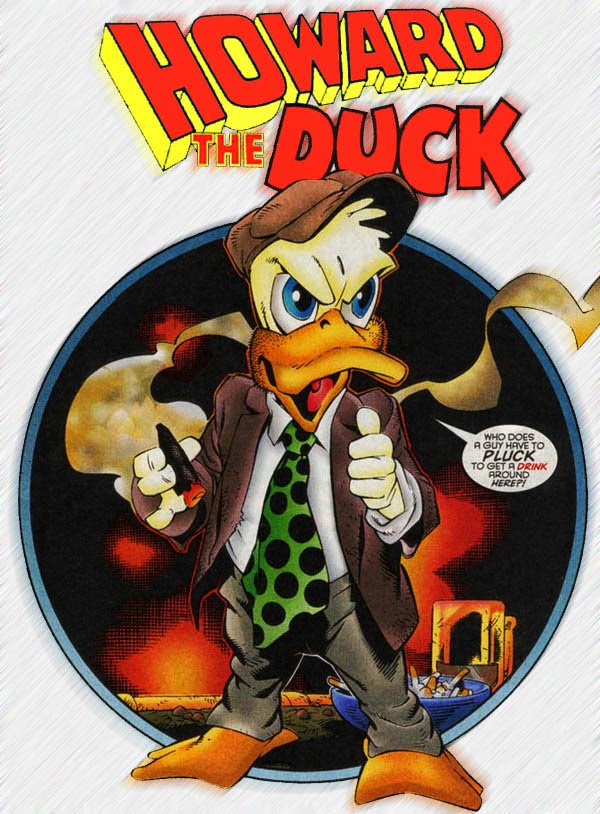 Well, I guess I should be fair to this character as I have never read any of his books. But anyone who knows of him would probably know of the dismal version of his movie back in 1986 (Err, yeah, he had a movie and Peter Dinklage was not in it...)
Posted by JM Loke at 4:51 PM No comments: