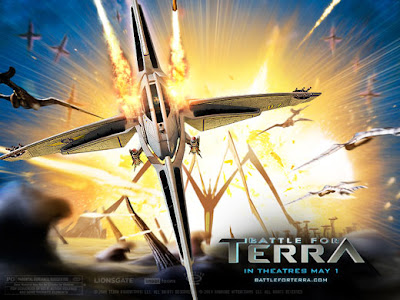 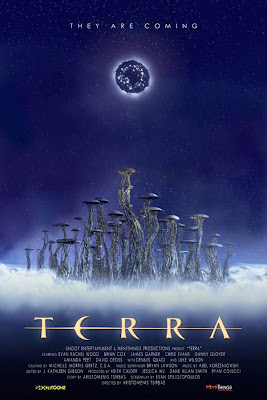 Story
A seemingly peaceful highly cultured alien planet called Terra is suddenly attacked by extremely hostile spaceships. We soon learn that the hostile forces are none other than the same universal pests from various movies – Humans! They seemed to randomly abduct Terrians in their first mission. One of the attack ships piloted by Lt Jim Stanton (Luke Wilson) was downed in the first mission and against her better judgment, Mala (Evan Rachel Wood), a native of Terra, captures him, nurses him back to health with the condition that he helps her find her abducted father – Roven (Dennis Quaid) aboard the Earthforce mother-ship. Of course, no animated movie would be complete without the comic relief character, which came in the form of Giddy (David Cross), a robot (like R2D2) assigned to serve Lt Jim Stanton faithfully.

We soon learn that the humans had destroyed Earth and its 2 neighboring planets: Mars & Venus. They now only had 1 last ship that was tasked to not only take care of all the surviving humans but also to look for another habitable planet for them. The Earthforce mother-ship came with a single Terraformer with the capacity to terra-form an entire planet for human habitation, even at the expense of local inhabitants. 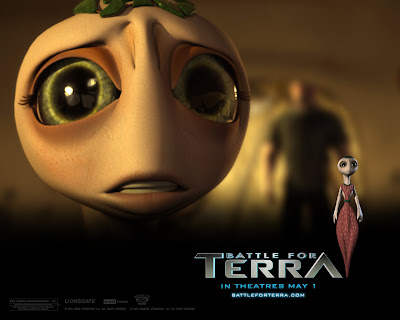 Once Lt Jim Stanton gets back to the Earthforce mother-ship with Mala & Giddy, General Hemmer (Brian Cox - General William Stryker from X-Men 2) assigns him to lead the final assault on Terra as the Earthforce mother-ship could sustain human life for only 20 more days. Lt Jim Stanton now begins to see the ruthlessness of humans when it comes to survival but reluctantly does his duty for his race and also his brother. Here, we get to see his true character when he is put in a position to choose life either for the humans or the Terrians.

Acting
I was trying to associate the voices of the big names to the characters of the movie but I didn’t get very far. The voices were believable, but still maintained that “cartoon voice” element where you can basically tell who the good guys were without looking at the screen because they sound like good or bad guys. 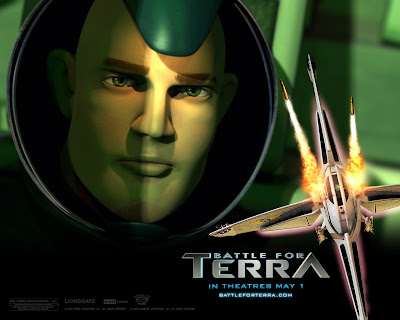 It also drove home the point many other movies (like the Matrix) were trying to say – that humans are destructive, good for nothing and are universal pests that need to be destroyed. Quite thought provoking for an animated movie that’s not from the Land of the Rising Sun.