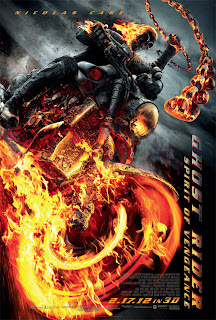 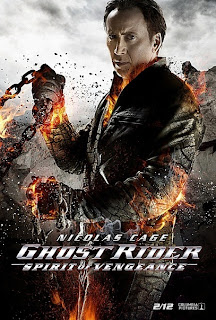 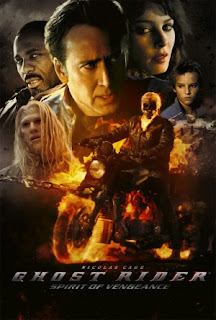 Story
To keep himself from turning into the Ghost Rider, Johnny Blaze (Nicholas Cage) has been hiding himself in Eastern Europe for quite some time. That is until a monk, Moreau (Idris Elba) from an ancient religious order comes looking for him to help them in preventing the rebirth of the Devil into his mortal son - Danny Ketch's body (played by Fergus Riordan) as he turns 13. Moreau manages to convince Blaze by promising to break his Ghost Rider curse forever.

Armed goons, led by the inept Carrigan (Johnny Whitworth) were employed by the Devil to abduct the boy with little success. Things start to heat up (pardon the pun) only after Carrigan is transformed into one of Ghost Rider's arch-enemies - Blackout. 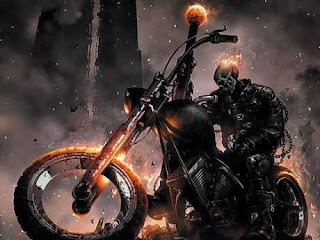 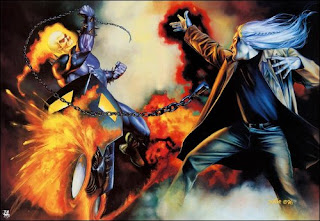 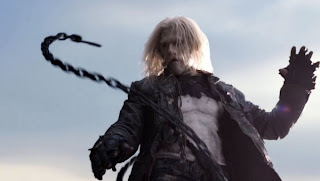 Acting
I know this is a super-hero/comic based movie but does the acting have to be so bad? I was telling all my friends the moment I knew Cage was going to reprise the role of Johnny Blaze that this was going to suck big time. Unfortunately, I was right. Fergus Riordan was also quite bad because if I was not a comic fan and knew that he was a good guy, judging from his acting skills I would be so confused as to whether he was the villain or the victim. 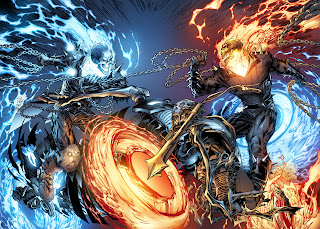 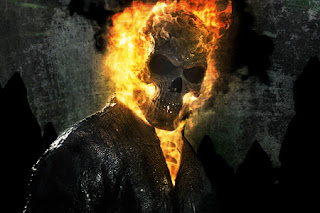 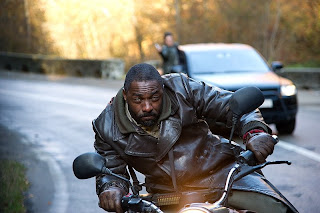 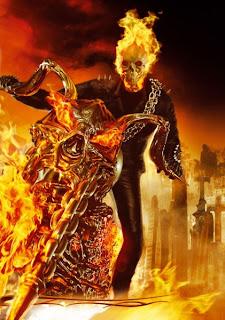 Overall
This was one sucky movie. It made Ghost Rider appear retarded. I mean, first of all, Ghost Rider does not kill. He's a hero. The only "heroes" who do are Punisher and Wolverine (OK, and members of X-Force)! Here, GR happily kills armed goons like he's shooting for a prize in a carnival. Next, he does the head-bop! What the heck is that?

The other thing that really spoiled it for me was the powers that be couldn't really decide whether to make the movie dark or comedic. The supposed funny bits incorporated into the film didn't really fit and seemed odd and inappropriate (unlike the bits in Thor, Spider-Man or X-Men).

In a way, it is kind of good that the bad stuff are out of the way. So now I can look forward to the Avengers, Dark Knight Rises & Amazing Spider-Man.

I have now concluded that all Marvel movies that come out in Feb are hopeless duds. Remember Daredevil, Elektra, the 1st Ghost Rider, and now this?

I must admit that the CGI has improved tremendously over the 1st installment. The flames and the shadows it casts on the nooks and cranies on GR's skull & vehicles looks really great! I did miss the stunts his flaming bike could do from the last movie - speeding up the side of a tall building for one.

This one is honestly bad. Wait for the DVD - not for the viewing pleasure, the story or acting, but only so that you can say you've EVENTUALLY watched it,...aaand perhaps enjoy the CGI.