Movie Review - Without A Clue 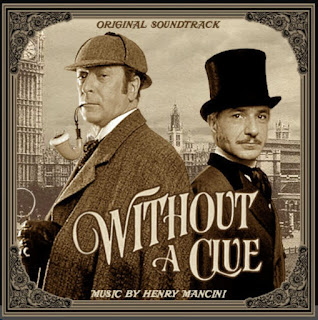 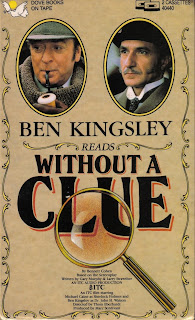 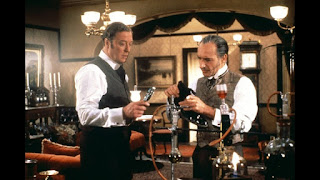 What it was about (in > 75 words)
The legendary duo of - Sherlock and Dr Watson, were sought to thwart Moriarty's evil plan that may cause the nation to fall into anarchy and disarray. 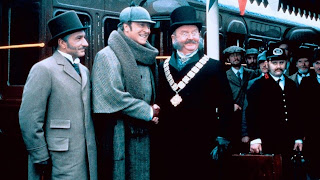 Unemployed imbecilic buffoon, drunkard, gambler & womanizer. Hardly the words one would use to describe the legendary Sherlock Holmes. BUT, in this movie, that's what he was. The real genius solving all the crimes was actually Dr John Watson (Ben Kingsley) and Moriarty knows this. 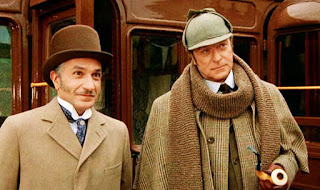 "Sherlock Holmes" was merely a character that Dr Watson created so that he could record all the cases he'd solved and sell them to a top-selling Magazine called the . Reginald Kincaid (Michael Caine), an unemployed actor, was hired to play the role of Sherlock. The public lapped it up, loved and worshiped him. This was the money-making franchise that Dr Watson had created in this film world. 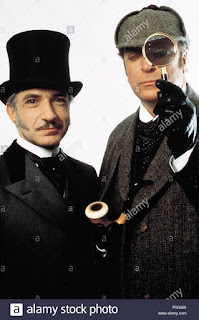 However, the public and the authorities were oblivious to this. They all worshiped Sherlock Holmes as the world's greatest detective. When Dr Watson got fed up with Kincaid's ways, he fired Kincaid and decided to continue his crime-fighting alone as Dr Watson, the Crime Doctor. Unfortunately, this didn't quite work out as the public and the authorities did not even give Dr Watson the time of day or access to any of the police's resources, crime scenes, etc.

Dr Watson had no choice but to rehire Kincaid to continue in his charade as Sherlock in order to solve the latest case threatening the nation. 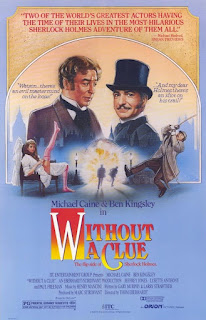 I quite enjoyed it although it didn't quite go down as one of the legendary films that everyone talks about. 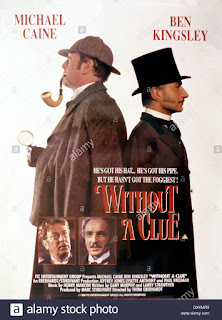 However, it was a really fun watch. With Ben Kingsley and Michael Caine as leads, it's already worth looking into. 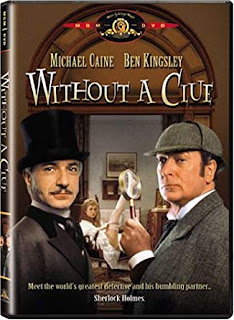