So between the last post and this one, here are the cinematic content I continued to consume. 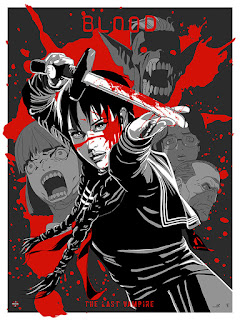 Stoic and petite teenage student named Saya is actually an immortal vampire/monster hunter. She only uses a katana samurai sword for her work. No guns or shuriken, etc. This movie was less than 1 hour. Such a tease! I LOVED IT and clamor for more! Definitely a MUST WATCH! 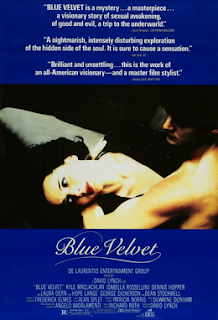 Jeffrey Beaumont (Kyle MacLachlan) returns to a small town and finding a mysterious severed human ear on a path spurs him onto a case of a nightclub singer (Isabella Rossellini), whose child had been kidnapped by the local gangsters and thus forced into a life not of her own choosing. The mystery of the ear was a good way to hook the viewers but it was a little drawn out and the payoff wasn't up to my expectations. It's not a bad or great movie. It may be something you for when you have nothing better to do. 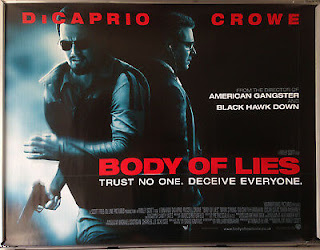 CIA Agent Roger Ferris (DiCaprio) was assigned to Amman, Jordan, working with Hani Salaam (Mark Strong), Jordan's security head, in their fight against terrorism. It's a pretty good movie with 2 very strong leads in DiCaprio & Mark Strong (1 of my fave actors) BUT there was nothing that really makes it stand out from movies of this genre (US anti-terrorism based in the Middle East). Still definitely worth a watch. 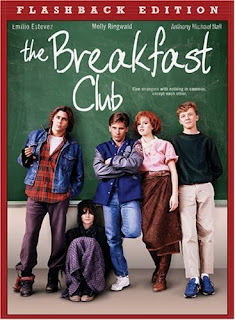 I know this film about 5 high school kids on weekend detention has a huge following and a very strong reputation but I just found it to be just "meh". Sure, the interaction between the teen characters was interesting to a degree but maybe it was groundbreaking back in the 80s but doesn't quite cut it for contemporary audiences. Despite an IMDB score of 7.9, I'd say not to waste your time on this. 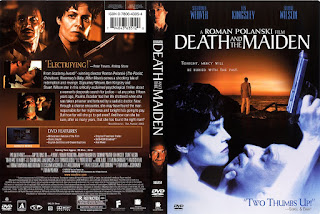 Paulina Escobar (Weaver) a political activist and her lawyer husband live in a remote hut somewhere in a South American country that had just been liberated from it's dictator. Paulina imprisons her husband's acquaintance Dr. Miranda (Kingsley) and keeps viewers guessing who's telling the truth and if the villain is actually Paulina or Dr. Miranda. It's a very immersive and interesting watch BUT it's NOT FOR EVERYONE. It's quite violent and deals with very dark and disturbing themes like rape and torture. Watch at least once. 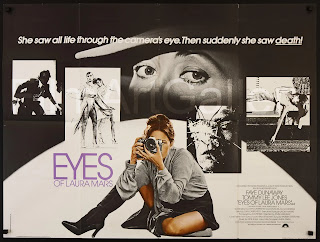 Famed fashion photographer Laura Mars (Dunaway) is haunted by her unique ability to see the horrific murders as the murderer commits these acts. Detective John Neville (a very young TL Jones) is assigned to solve the case and they must figure out the murderer's identity. The concept & premise is pretty interesting but the execution left a lot to be desired. Perhaps a modern remake would be what is needed. I can't really recommend this version. 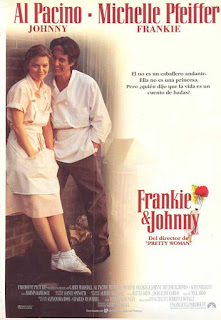 After serving time in prison, Johnny (Pacino) reintegrates into society by working in a small town restaurant where he meets fellow worker Frankie (Pfeiffer). I just LOVE this movie as it's very "real" and has 2 of my fave actors Pacino & Pfeiffer. It just tugs my heart strings and makes me want to fall in love again. A MUST WATCH! 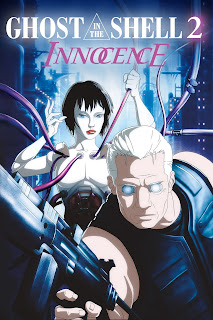 Cyborg detective Batô investigates why a sex-bot had killed her owner. Story-wise, there's nothing really outstanding as machines vs humans stories are a dime a dozen BUT the beautiful artwork, animation and world building within the film itself makes this a MUST WATCH! 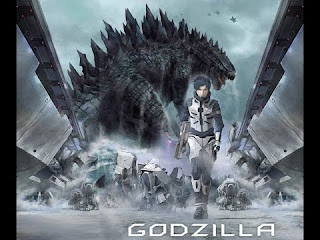 Godzilla had destroyed Earth's human population and the remnants were forced to look for another planet that can sustain human life. However, 20,000 years later, they still haven't discovered such a planet. They decided to take a risk and head back to Earth hoping that Godzilla would have died by now. Godzilla is still alive, or is that a descendant? Or is there more than 1? Very interesting story premise and with such beautiful art & animation. However, there were a few spots that just seemed to be plodding along. A MUST WATCH but just keep in mind that there are parts which are rather slow. 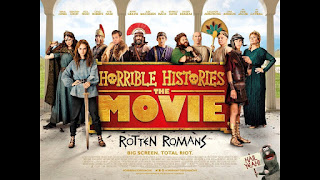 From the title, you'd know that this is a comedy (I think it's from a successful TV series). It's a family-friendly movie with silly humor laced with abrupt musical arcs where they sing and dance just like a musical. It's a fun watch that swings between horrible (no pun intended) and good fun. Borderline. 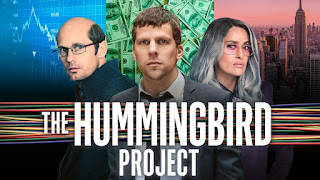 2 High Frequency Traders from Kansas, Vincent (Eisenberg) and Anton (Alex Skarsgård), try to reduce the transaction time from Kansas by 16 milliseconds by building a direct connection from Kansas to New Jersey. But their former boss Eva Torres (Hayek) is determined to stop them from beating her at her own game. I thoroughly ENJOYED this movie and will definitely watch it again. To see Vincent's tenacity in pursuing his dream despite the obstacles in his way (including cancer and a mountain range, literally). A MUST WATCH! 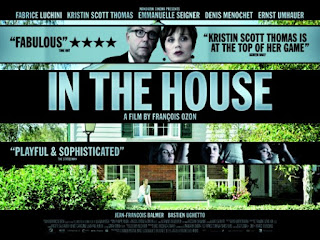 Germain Germain, a high school literature teacher sees potential in a student and mentors him after class but this weekly mentoring leads to a series of undesirable events which comes back to haunt him. I have to say I was surprised that I was so immersed into this film despite it being a slow burn. But if you're into foreign language slow burn films, then I assure you that your time invested will be well rewarded. A good watch BUT it's not for everyone. 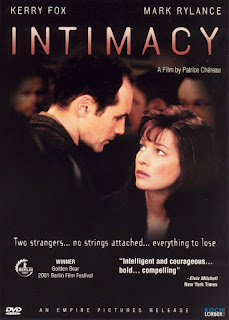 Jay (Rylance, whom I really loved in 2015's Bridge of Spies), a failed musician, now works in a London bar. Every week, he meets with a woman for a sex romp where no word is exchanged. He tries to know more about her and that's when things fall apart. This was a really slow burn and a REALLY HARD WATCH.  Don't waste your time. 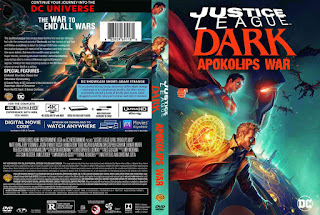 The Justice League has been defeated and are now made into Darkseid's minions. It's up to the rag-tag team of the remaining heroes (mainly Teen Titans and the key Justice League Dark members like John Constantine & Etrigan) to save the earth and the Justice League. Trigon (Raven's Demon Dad) is also in the movie! I quite enjoyed it but it pales in comparison to the Japanese Animated films. 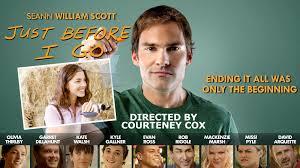 After his wife leaves him, Ted Morgan (Scott) decides to end his life, but before he does so, he returns to his hometown to right a few wrongs done to him when he was much younger. I can't remember ever really liking any of the films Scott was in as he's just done dumb comedies (forgive me if I'm being harsh). However, i found myself really enjoying this movie a lot more than I expected. I would watch this movie again some years down the road. 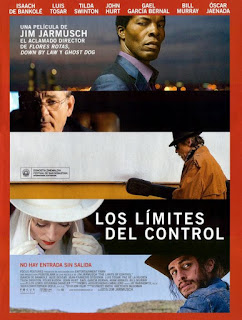 A lone Black Man goes to Madrid to perform a task (I guess it's not surprising that it's an assassination). Instructions are given to him on a small piece of paper in a matchbox each time he meets a contact while drinking 2 Expressos in 2 separate cups. He doesn't speak a word when his contacts meet him. I think this is a really realistic portrayal of what a real professional assassin does. It's an EXTREMELY SLOW BURN (He walks here and there, sits down, does yoga, walks out to have coffee. Repeat this as many times as he needed to meet his contacts.). Definitely will lose many viewers before it's over but it's very well done. I won't watch it again but I have no regrets spending time to watch it. 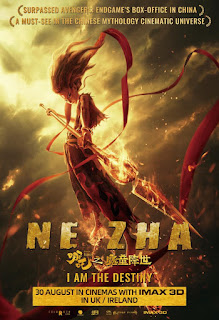 A young boy, Ne Zha, had been bestowed divine/demonic powers and a bungling divine being is his guide to ensure that he grows up and uses those powers for good instead of destroying humanity. China is slowly but surely going to capture the viewing market share from Disney & Pixar. This production is top notch with great art, character design and animation. You won't be able to tell if this was even a Disney/Pixar production if it was a Western story. However, despite the top-notch production values, I didn't really like the story and the portrayal of Ne Zha. I watched the English audio version. 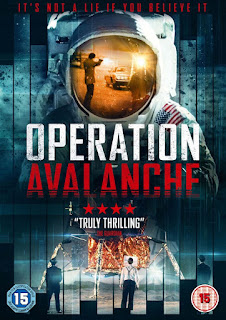 4 CIA agents infiltrated NASA as a documentary film crew in 1967 in an attempt to flush out a Russian spy leaking NASA info in the 60's space race. But what they uncover was bigger than the Russian spy! NASA did not have the capability to land on the Moon! So they developed a film footage of the Moon Landing for public consumption! 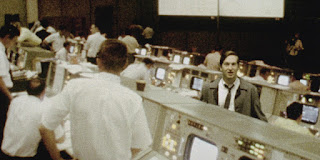 Done in a really good & realistic retro documentary style, you can't tell that this was a 2016 film! 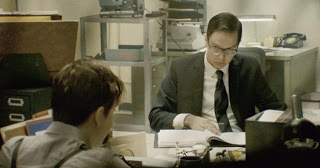 Really good but it's mainly in Grey and White and the movie is in Low Resolution. It's good that the leads are not people I've seen before so it makes it even more realistic. Not for everyone BUT if you want to give it a go, the payoff is worth it! 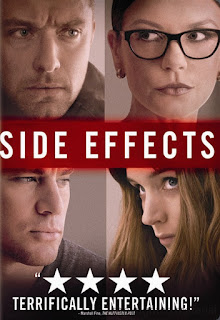 Emily Taylor (Rooney Mara), an emotionally troubled woman with suicide attempts.
Her psychiatrist, Jonathan Banks (Law), after conferring with her previous psychiatrist Dr. Victoria Siebert (Catherine Zeta Jones), prescribes a new drug to her. Emily stabs and kills her husband (Channing Tatum) in a "sleepwalking" episode. The courts concluded that is was a side effect of the new drug and Emily was placed in a mental hospital.

Deemed responsible, Dr. Banks loses his practice and his marriage also crumbles. With nothing to lose, Dr. Banks investigates to clear his name and discovers that it was a ploy that was cooked up by Emily & Dr. Siebert. It's a very intriguing scenario and I did find myself quite captivated by the watch but then ending was fairly predictable. I'd probably watch this again some years later. 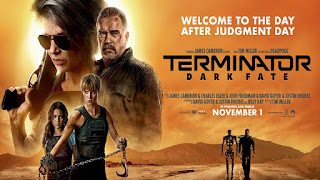 The latest installment of the franchise. I suppose it's an exercise where Hollywood is setting up the characters for them to pass the baton to as both Hamilton & Schwarzenegger are too old to continue doing this. It's not as bad as panned. I quite enjoyed it.

The new characters - a young Mexican woman named Dani Ramos (Natalia Reyes) and a another Time Traveler, Grace (Mackenzie Davis), an Augmented Woman sent by the Rebels in the future to protect Dani as she will be a key Rebel Leader in the future. So in that sense, it has strong parallels to the 1st Terminator movie when Kyle Reese was sent back by Rebel Leader John Connor to protect his mother Sarah Connor.

What riles me is that why are these intelligent machines so dumb or so flawed? Is it hubris, over-confidence or a predator playing with its prey? The latest machine type was called a REV-9. Almost invincible. Well, if 1 can do so much damage, and the machines had failed so many times, why no just send 2-3 of these REV-9s? 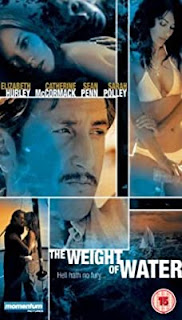 On a sailing trip with her husband Thomas (Penn), his brother Rich (Josh Lucas) and his sexy girlfriend Adaline (Elizabeth Hurley), Jean (Catherine McCormack), a news-photographer, researches a double murder off the coast of New England back in 1873. What she uncovers is significantly different from what was reported.

Despite being beautifully shot, with 2 gorgeously beautiful leads (McCormack & Hurley), the movie to me was quite a big mess as the scenes kept shifting from the present to the past and vice versa. I didn't really enjoy it so I won't recommend it. 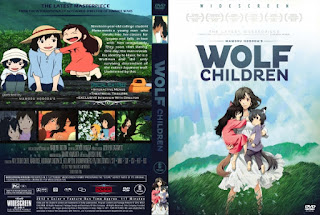 A woman falls in love with a Werewolf and starts a family with him in Tokyo. Soon after the birth of their 2nd child, the father dies in one of his hunting episodes. Realizing that the city is not a safe place for her children (who're half wolf), For their sake, she moves to a remote countryside away from crowds where the children can be themselves and grow up safely.
This is such a BEAUTIFUL film. I laughed and I cried. All from the same movie. It just tugs at your heartstrings. YOU HAVE TO WATCH THIS! Easily THE BEST Animation I have watched in the last 5 years! I would rate this a 9.8/10!!!
Posted by JM Loke at 2:30 PM