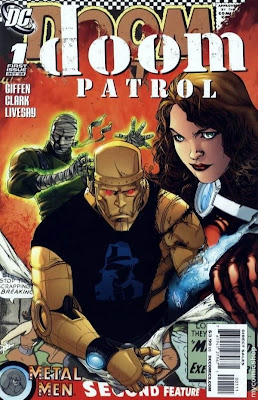 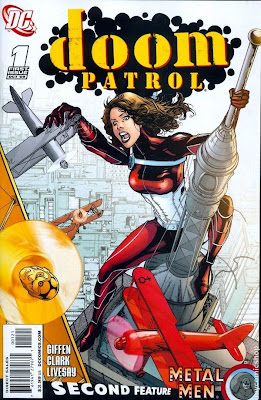 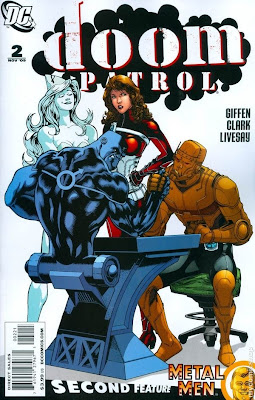 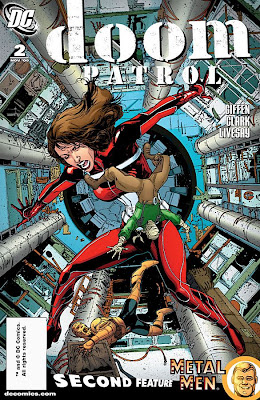 Story
I have to admit That altho I am quite fond of the team of Doom Patrol, I had not read the Vertigo Run or the
last series before this one (the one with John Byrne doing the art), hence I got a little confused by most of what was going on in the first few issues.

It starts with the death of a new member - Nudge. Then before the team even manages to catch a breath back at their new HQ on the fictitious Oolong Island, they are sent off to deal with a - OK, I'm not trying to
be funny here - a sentient singularity (Black Hole) who is just there to collect knowledge via Borg-style assimilation!!!

Of course the team subdues it/(him?) and brings it back to their HQ just in time for the Blackest Night to happen - where their dead team-mates from their 2nd incarnation rise from the dead and attack them! Ho-hum, they managed to survive the attack and before you know it, more insanity happens.

#6 was the best read in the whole lot as it delved into Negative Man's past. And whether you are familiar with the Doom Patrol stories or not, it serves as a great recap of 1 of the key team members.

#7-8 was there to basically bring back members from the Vertigo era - namely Crazy Jane and Danny the Street/Brick. Also guest starring (I guess, unless Giffen plans to make him a supporting cast member) was Oberon (from Giffen & DeMatteis' Justice League International days) 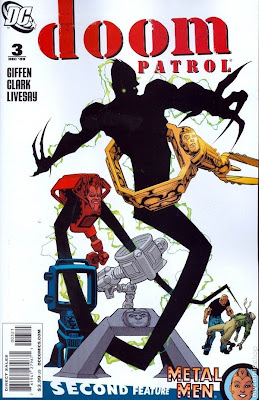 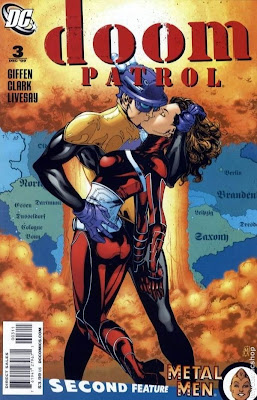 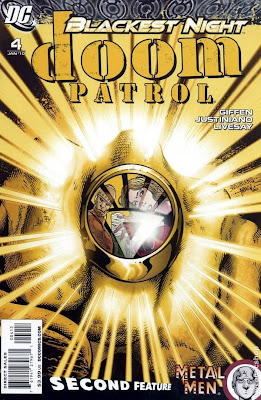 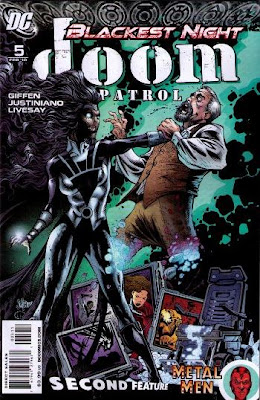 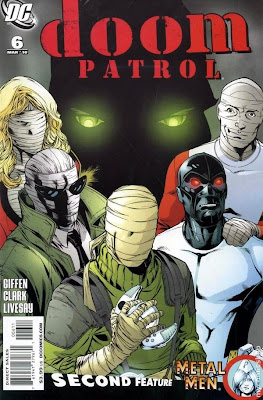 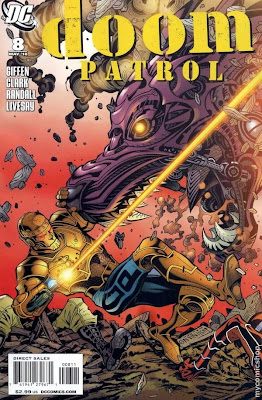 Art
I'd say Matthew Clark is a pretty good artist. He started off the 1st 3 issues with pretty good stuff. Then Blackest Night happened in #4-5 with the artwork by Justiano - which was OK. I admit I'm not a big fan of Justiano. Then from #6, that's when things go downhill! The issues are drawn by 2 artists - Clark and Ron Randall*. Not that Randall is not good but from #6, the work seems pretty rushed and shoddy.

* Randall has done some pretty good stuff in the 80's & 90's ranging from DC's Conqueror of the Barren Earth to Dungeons and Dragons.

Overall
This has got to be the worst reading experience I have had in the last 12 months! OK, to be fair, it wasn't as bad as removing my wisdom tooth.

Keith Giffen - why oh why did u do this? I applaud him for trying to bring back some of the far-out Wackiness from the Vertigo run, namely Crazy Jane and Danny The Street/Brick. But it made reading the books an absolute pain. His attempt at injecting some humor into a book like DOOM PATROL is akin to adding garlic oil to your favorite choc milkshake!

The constant squabbling between 3 founding members - Robotman, Negative Man & Elasti-girl/Woman is just too painful and contrived to read or believe. He made it extremely difficult even for fans like me to relate or truly care for these beloved characters.

A point to note is that #1-7 had a Metal Men back-up feature by the original team that brought us the Justice Leage International back in the late 80's - Giffen, DeMatteis & Kevin Maguire (yeah, the guys who draws all the the funny faces)

I'd say, skip this series and wait for the next incarnation.
Posted by JM Loke at 10:13 PM