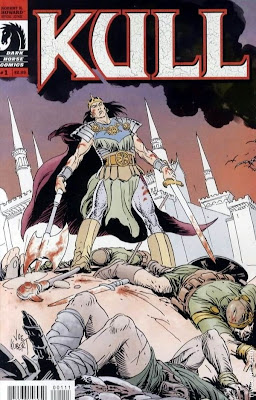 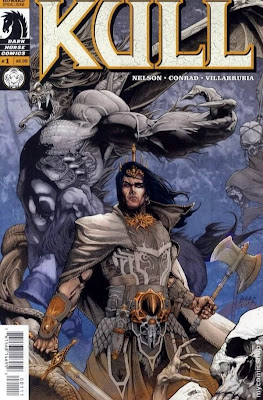 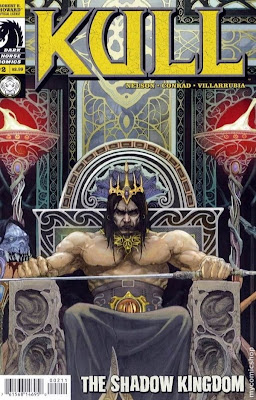 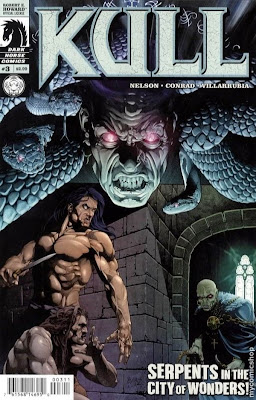 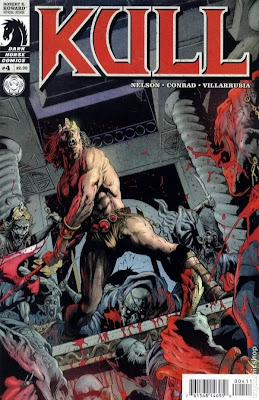 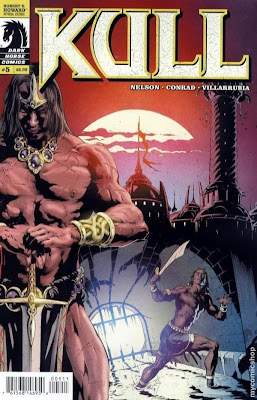 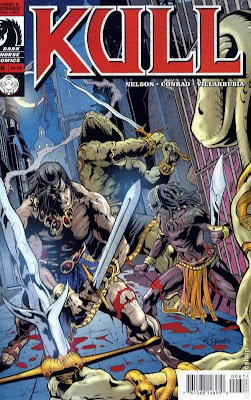 Story
The Atlantean conquerer Kull, has recently crowned himself king after he conquered Valusia and seeks to unite the once proud and powerful land of Valusia. As representatives from all corners of his kingdom seek his counsel, Kull hesitantly accepts a strange invitation from the Pictish emissary, despite the fact that the Picts and Atlanteans were ancient enemies.

King Kull will need to discard ancient prejudices against the Picts if he's to save the newly united Valusian empire from an ancient but clandestine enemy that once threatened to enslave and exterminate all of mankind!

Aided by the fierce but loyal Pict confidant Brule the Spear-Slayer, King Kull uncovers layers of sinister mystery, deception and treachery in the ancient halls of his kingdom's palace - the Tower of Splendor, and faces the growing threat of the mysterious shape-changing Serpent Cult!

Art
Conrad does a great job interpreting Robert E. Howard's literary works (along side Conan, Solomon Kane, etc) in this 6 issue mini-series. I look forward to more from this team and King Kull! I admit that I had not read any of the King Kull stories from Marvel or other publishers but this one did not disappoint!

Other Comments
This mini series reads like a good movie! I was thinking how great a movie this would be given the CGI tech capabilities of today. They actually made a Kull movie some years back but that one tanked (just as the first Conan movie tanked as well!). Dark Horse is really doing this right - taking these properties and telling great stories with great art! Looks like I'll be looking for the Solomon Kane series and the new Kull mini from Dark Horse.
Posted by JM Loke at 11:39 PM