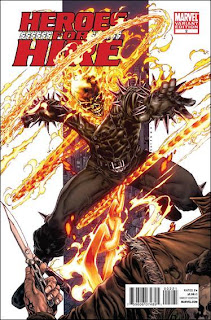 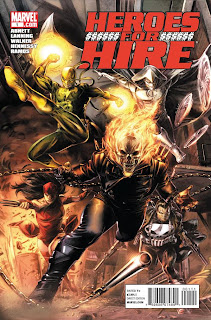 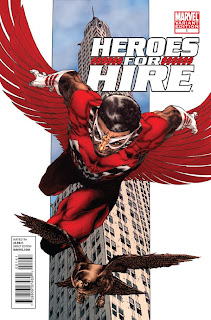 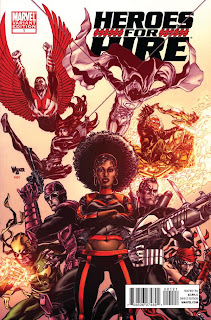 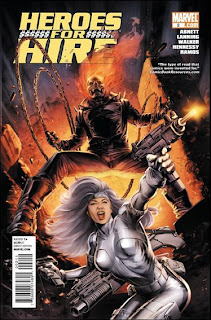 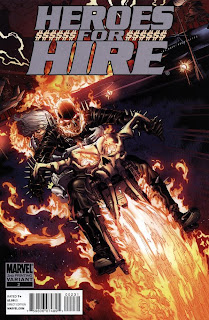 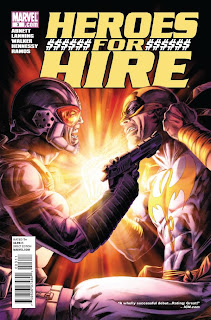 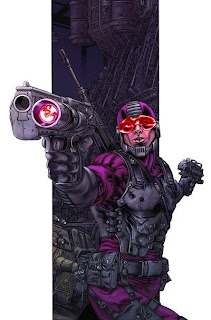 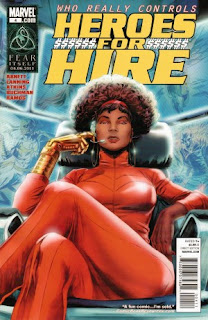 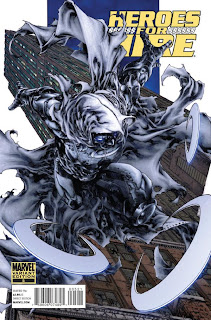 This is a killer cover with Moon Knight in the spotlight! Love it! 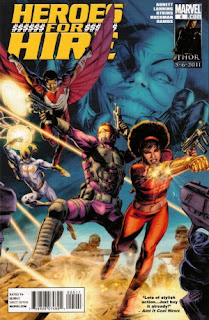 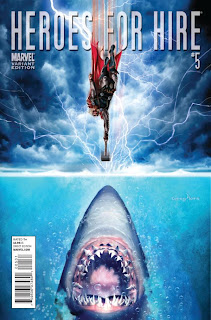 Story
From the ashes of Shadowland, Marvel’s dangerous street loner heroes – Punisher, Moon Knight, Shroud, Elektra, Paladin, Silver Sable, Ghost Rider, Iron Fist, Falcon, Misty Knight and more – have been honed into one cohesive fighting force against the underbelly of crime by the recuperating Misty Knight. She serves the role similar to DC's Oracle of Birds of Prey, where she provides critical intel, monitors & coordinates the missions from a secret location.

In the very first mission, Falcon & Moon Knight were recruited to stop the distribution of cursed demonic weapons on the streets. How do the heroes fight a demonic force? They get help from Ghost Rider, Elektra and Silver Sable (with Paladin providing covert back-up).

Paladin begins to question how Misty obtains her intel. His curiosity brings him face-to-face with Iron Fist, Misty's ex-lover. However, as things come to a head, they discover the true villain who's manipulating Misty's network of heroes - The Puppet Master.

Art
Brad Walker turns in some incredible visuals. I am not familiar with his work but from his stuff in the 1st 3 issues, I will be taking note from now onwards! He produces clean and crisp lines, channeling Steve McNiven and Mike Deodato. but with a slight cartoonish slant that makes it refreshing.

Unfortunately, the same can't be said for Robert Atkins' work! Not only is his art inconsistent but it is reminiscent of the really badly rushed jobs we used to see from Marvel & Image in the '90s. Please, no more Robert Atkins!

Overall
I had not read any of the former incarnations of the HFH before. I had only read a couple of the John Byrne issues of the Power Man/Iron Fist series from the '70s before they were officially called the HFH. I must say that I was pretty glad I read this series! What can I say? I am a fan of DnA! I enjoy almost everything that they do. The last one being the Guardians of the Galaxy (which unfortunately had come to a premature end)!

Well, I had only had the pleasure of reading 5 issues but I do heartily recommend it as it features characters from the Marvel Universe who altho' deserving the spotlight, do not get it as often as they should (I mean, even Satana is in there! See #2!). OK, maybe I'm biased, as I REALLY like Iron Fist (despite his lame new white costume) & Moon Knight (Bruce Wayne, eat your heart out!). Plus, I'm pretty happy to see more of Paladin as well 'cos I remember reading him in a very old issue of Marvel Team Up (1st series) years ago.

Give it a go. It was a really fun ride with a pretty good story and seeing characters who don't usually see print is loads of fun!
Posted by JM Loke at 2:52 PM