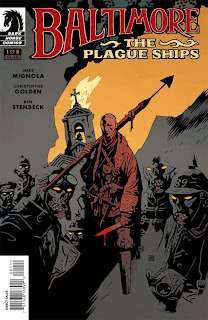 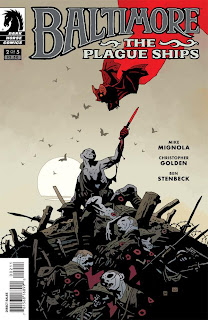 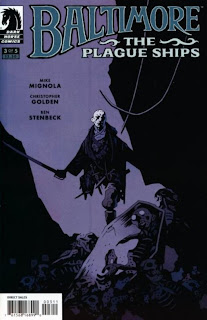 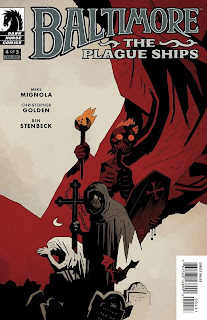 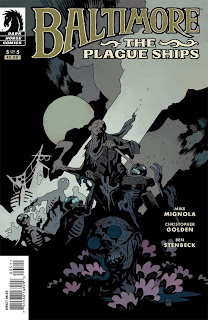 Story
Months following a overwhelming plague that put an end to World War I, Europe is then overwhelmed by deadly wave of vampire attacks. Our protagonist, Lord Henry Baltimore, an ex-soldier and a man with a mission from God, is driven to eliminate these monsters from the face of the earth, is hunting for the one monster responsible for this chaos and responsible for the death of his family - Hiagus.

Setting sail from a French seaport littered with sunken war-torn ships, where plague victims are burned. We soon learn the reason behind Baltimore`s, a peg-legged man, obsession in hunting vampires. He divulges a painful experience that happened during the war to Vanessa, a young girl trying to escape the dreary life of a post-war French town plagued by vampires who ends up as his companion in his quest.


Lord Henry Baltimore reveals that he led a night attack on a battlefield in World War I; after his entire squad was killed by enemy fire and Lord Baltimore himself was wounded and left for dead, he awakens some hours later to see giant bat creatures feeding on his dead men. When one attempts to
feed off him, he slashes at it with his bayonet, its face forever hideously scarred and its right eye blinded - the creature in return wounds Lord Baltimore and infests his leg with such terrible gangrene that it has to be amputated - hence his famous jointed wooden leg. Unknowingly, Lord Baltimore struck a
powerful vampire - Hiagus, who is so angered by Baltimore's actions that he bestows a "plague" upon Europe. Lord Baltimore has now made it his personal mission to stop this unnatural plague by hunting down Hiagus.


After a raging storm destroys their ship, Baltimore and Vanessa managed to survive and appear on an island coastline littered with discarded submarines. They take shelter in a ruined plague ship, used to burn vampires, now covered in a mysterious fungus.

Art
Ben Stenbeck is no Mike Mignola but he is no pushover! His art has clean lines, not in the way Tintin is clean but more like a cross between Aaron Lopresti (Justice League International - New 52) & Darick Robertson (The Boys). Despite the clean lines, it didn't feel inappropriate. Still manages to evoke some scares & convey the creepy/dated feel to the series. The coloring was of course brilliantly executed to complement the artwork.

I have never been exposed to Ben Stenbeck but I like his work quite a bit and am looking forward to seeing more of his work in the next series - Baltimore: The Curse Bells ! 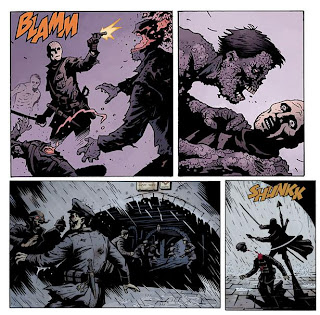 Overall
If you love Mignola's Hellboy or BPRD (Bureau of Paranormal Defence), you will love this as well! Mignola is REALLY GOOD at mixing up historical events such as WWII (Hellboy) and WWI here with supernatural elements. So his stories feel real and truly believable, so much so that you can truly immerse yourself into the story. DO NOT MISS THIS! Go read it now!
Posted by JM Loke at 10:41 AM