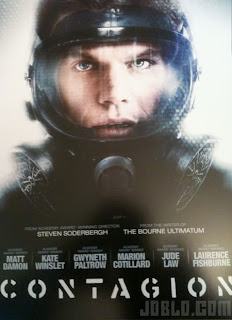 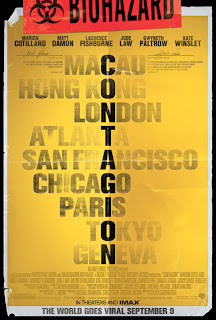 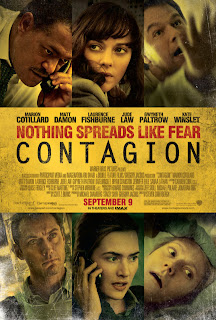 The movie starts with a count-up (ie: day1, day2, etc.) with vignettes of different obviously infected characters in different parts of the world, including Beth Emhoff (Gwyneth Paltrow), a young Hong Kong man & a Japanese Executive, all showing symptoms of being seriously ill and then dying in some seriously realistic and horrifying manner.


What follows are other vignettes to help introduce the players, who include Dr. Cheever (Lawrence Fishburne), Dr Erin Mears (Kate Winslet), Dr. Leonora Orantes (Marion Cotilard) before the frantic rush to identify patient zero, the source of the epidemic, contain the spread, find a cure and deal with wide-spread panic caused by a greedy and unscrupulous blogger Alan Krumwiede (Jude Law).

When Beth returns to Minneapolis from a business engagement in Hong Kong, what was thought as jet lag takes a deadly turn. Two days later, she died at the hospital and the doctors say that they have no idea why, leaving her husband Mitch (Matt Damon) in shock and grief stricken.

Soon, others all over the world have the same mysterious symptoms: fever, hacking coughs and followed by brain hemorrhage ... and finally, death. In Minneapolis, Chicago, London, Paris, Tokyo and Hong Kong, the numbers are growing rapidly: a case becomes four, sixteen, then hundreds, thousands, as the contagion sweeping all borders, fed by countless human interactions during a typical day. A global pandemic explodes.


With a virus that kills within days. As the fast-moving epidemic grows, the worldwide medical community races to find a cure and control the panic that spreads faster than the virus itself. The U.S. Centers for Disease Control and Prevention researchers are scrambling to unravel the mystery of the mutating biological agent.

Deputy Director Dr. Cheever attempts to stem the growing panic, despite his personal problems, and must send a brave young Dr. Erin Mears to danger amid a rising tide of suspicion, instigated by profit hungry blogger Alan Krumwiede, of a potential vaccine and who gets it first. At the same time, ordinary people struggle to survive in a society coming apart.


Dr. Leonora Orantes of the World Health Organization is working through the network of connections that can lead her to the source (patient zero) of what they are dealing with. 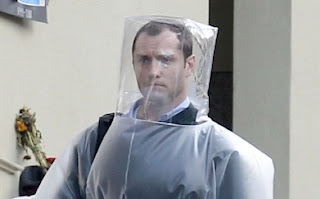 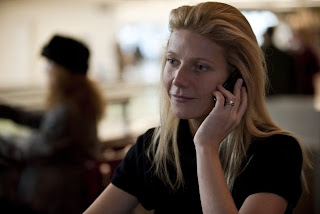 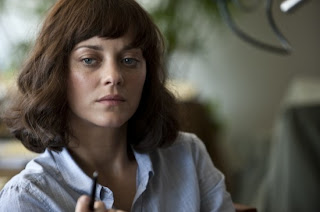 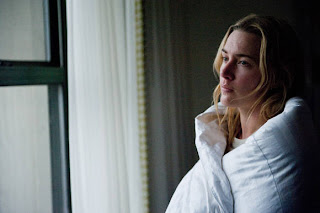 Acting
The ensemble cast boast of some really heavy weight actors and they do deliver! Of course, with so many big names, you can't expect much screen time from your personal favorites but I think the managed to balance their screen time pretty well.

I have said it and am saying it again, good acting is when you don't realize they are acting. At no point in the movie was I ever distracted by such thoughts.

Overall
I thoroughly enjoyed this movie despite what may seem like a pretty boring way to spend a couple of hours. Kudos to Steven Soderbergh for his fine work. This is the first time that I had been exposed to his work. I unreservedly recommend this to anyone who likes a good yarn that also provides quite a bit of a scare as this could very well happen today.