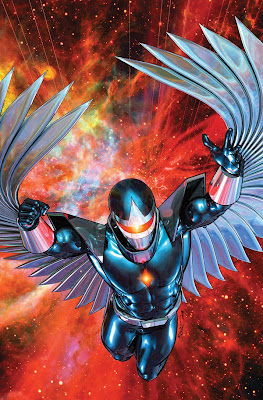 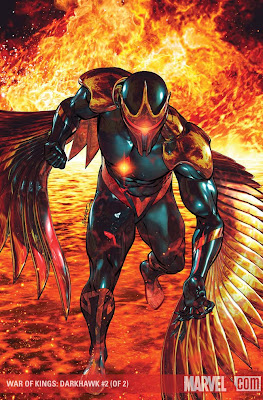 Story
I have to say the premise is really quite gripping eventho’ I had not read anything with Darkhawk (who appeared recently in Nova and the Loners limited series back in 2007) in it for over a decade! This is the story that brings him from an earth-bound hero to a cosmic level hero a-la Nova.

The series takes a bit of time building up Chris Powell’s supporting cast (his family and friends from the Loners) but it was story pages well invested because it helped new readers or long-time fans get re-acquainted with the characters again before they are put thru the wringer.

At the end of #1, he witnesses another Darkhawk named Talon, fall from the sky onto his house, with a monstrous “Hunter Drone” in hot pursuit. Of course, they defeat the monster in #2 but Talon, being the more experienced and only other surviving member of the Fraternity of Raptors, taught Darkhawk a few new tricks about the Raptor armor in the process.

From his previous appearances, it’s been established that he has an anger management problem, which, we soon learn from Talon, stems from an incompatibility between the Raptor Tech and the human body, an incompatibility that Talon would be able to help Darkhawk address.

Talon warns that in the wake of the War between Kree (Black Bolt & Inhumans) & Sh’iar (Vulcan and the Imperial Guard - detailed in the War of Kings series), they had an instrumental role to play. But they first had to make a detour into the Negative Zone!

We will have to get the War of Kings: Ascension Mini Series to get the full story.

Art
The first thing you’d notice is the covers (but they were done by Brandon Petersen)! Man, this guy sure knows how to do covers that grab you by the family jewels! 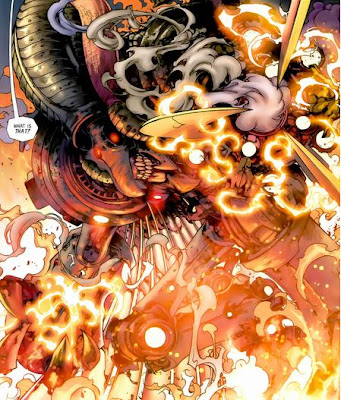 Harvey Tolibao does an equally incredible job. His art is a cross between Salvador Larocca and Ethan Van Sciver. Really good stuff!

However, Paolo Pantalena is not in the same class, who was obviously a fill-in artist. His work is still competent, but has a slightly more Manga feel to it. I can see him doing a book like Runaways. 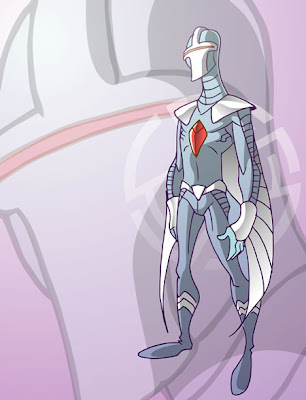 Additional Comments
This series will mark a significant milestone in the annals of Marvel as Darkhawk is made into a cosmic heavy hitter in the Marvel Universe. Moreover, it also introduces the Fraternity of Raptors into the MU and puts a new spin on Darkhawk’s origin. Recommended.
Posted by JM Loke at 5:27 PM

Email ThisBlogThis!Share to TwitterShare to FacebookShare to Pinterest
Labels: Marvel