Movie Review - Land of the Lost 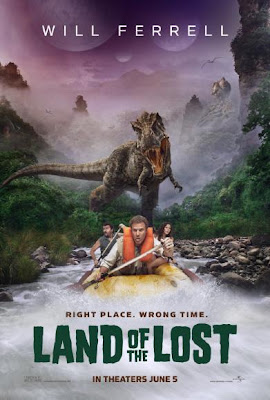 Will Ferrell has really LOST it!
Movie Title
Land of the Lost 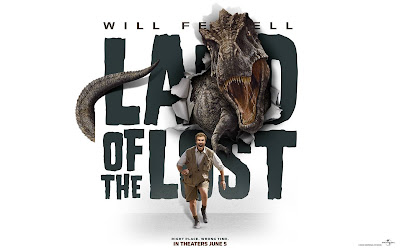 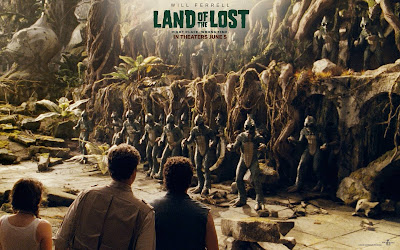 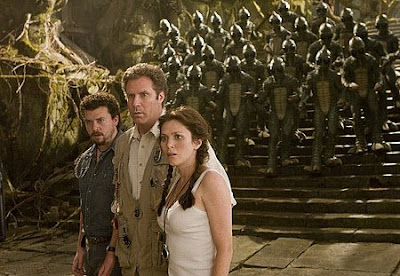 Story
An unorthodox scientist - Dr. Rick Marshall (Will Ferrell), is snubbed by the scientific community for his theories about time travel and inter-dimensional travel, especially after his very public spat with famous TV journalist Matt Lauer. After a few years of rotting as a teacher at a museum (after falling out from the scientific community), a science student, Holly Cantrell (Anna Friel), manages to find him and somehow manages to convince him to revive his pet project in building the Tachyon Amplifier which enables time travel via warp portals thru other dimensions because she had compelling evidence that time travel was indeed possible. 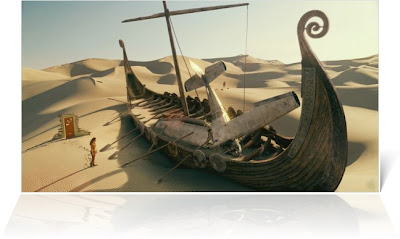 They then head to the Devils Cave attraction, run by Will Stanton (Danny McBride) where Holly found the evidence, in an attempt to recreate and study the phenomenon. But of course, things go awry, and then end up traveling to another dimension/planet and losing the Tachyon Amplifier in transit. 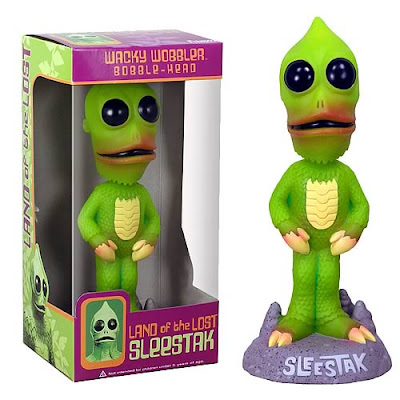 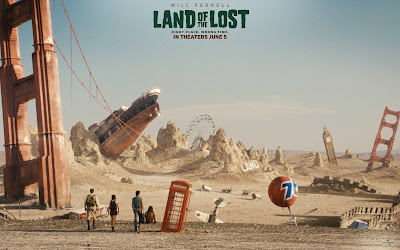 It was during their 1st encounter with the T-Rex (called Grumpy) that the animosity began as Dr. Rick Marshall insulted Grumpy by saying they only have brains the size of a walnut (you would have seen this in the trailers on TV). However, walnuts on this world are as big as a small car. 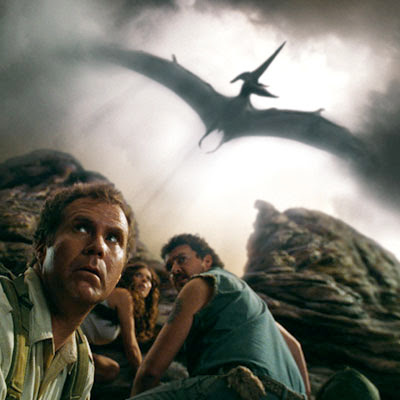 When they stumbled upon the menacing looking Sleestaks (who for some reason are unable to speak), they found a speaking Sleestak who was also a scientist and apparently a victim of the mute brethren - Enik (John Boylan). He convinces Dr. Rick Marshall to bring him the Tachyon Amplifier in order to stop them from invading and enslaving the universe. 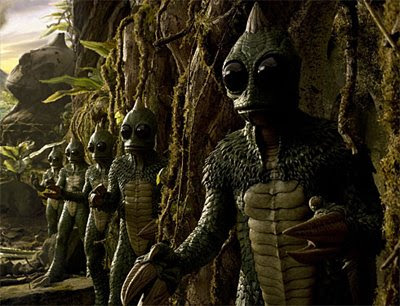 Of course, in the end, all problems are resolved, even the animosity between Dr. Rick Marshall and Grumpy! 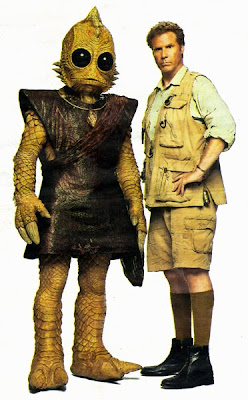 Acting
Seriously, you can take a few of your family members or anyone from the street and produce the same level of acting skills demonstrated by this movie’s ensemble. An utter waste of Hollywood’s resources. 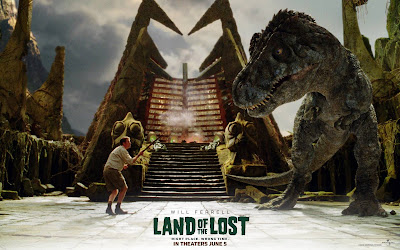 Overall
Yeah, there were a couple of laughs (well it is categorized as a comedy after all), but that was it. It was so inane, lacked any element that would even draw in the audience in the slightest degree. I am usually quite tolerant of movies of ANY genre, but even so, I found this movie painful to sit thru to the end. So, I’ll spell it out for you – DON’T WASTE YOUR TIME OR MONEY! 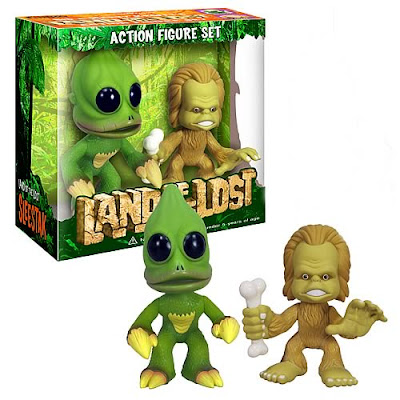