Story
This review is on the Avengers Fairy Tales. Although it is a 4-issue mini-series, they are basically 4 stand-alone 1-shot issues all written by CB CEBULSKI but showcasing different artists. 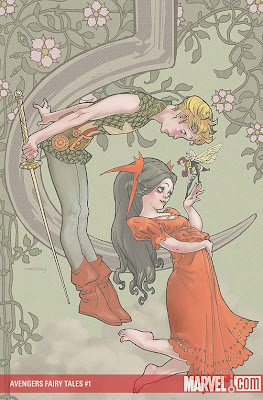 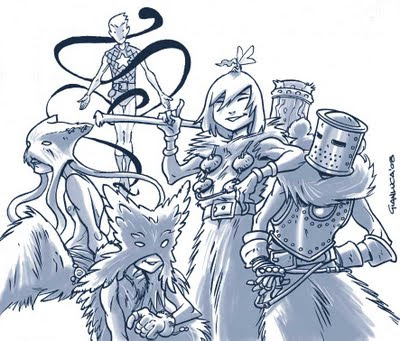 Wanda (Scarlet Witch as Wendy) and her brother, Pietro (Quicksilver)
are swept away to Neverland by the boy who never grows up, 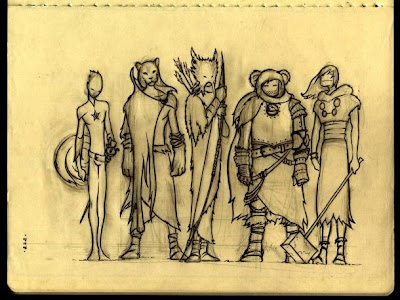 Captain (Captain America) & Tinkerbell (Wasp). They meet the Lost Boys (extremely cute & loveable versions of Hakweye, Thor, Black Panther & Iron Man) when they arrive in Neverland. The good guys are soon confronted by Captain Hook (KLAW) and his crew for the final showdown. 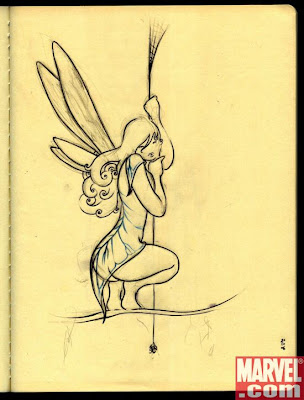 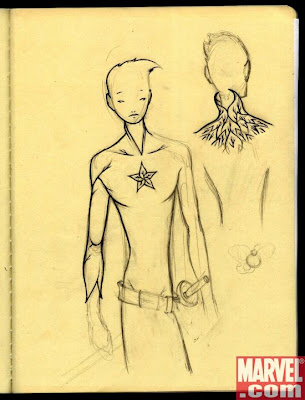 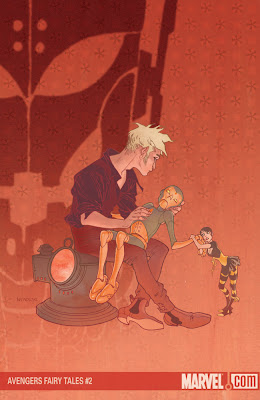 Guilt-ridden inventor Hank Pym (who plays Geppetto) creates a boy - his Vision (Pinocchio), after the apparent tragic death of his wife (Wasp) in an accident while working on one of his earlier inventions. Having gone thru such a tragedy, he imparts this to his son via harsh lessons to prepare him for the unpleasant reality of life. Unbeknownst to Hank Pym, his wife is still alive,
only shrunk down to the size of a Wasp (Plays Jiminy Cricket's role as Pinocchio's confidante). 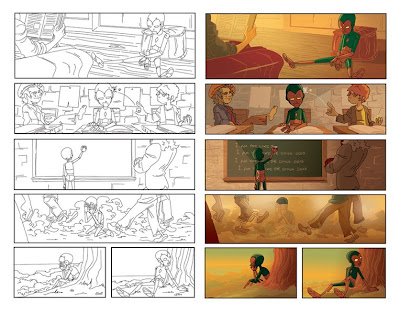 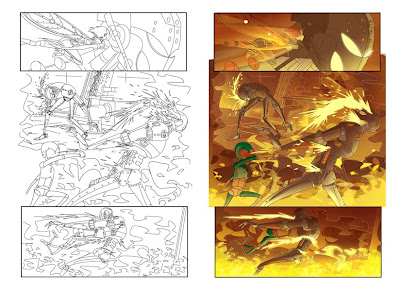 They soon learn the truth and the Bad Guy of the story is Ultron, Hank Pym's earlier creation - his 1st son. The Scarlet Fairy is obviously the Blue Fairy played by Scarlet Witch. 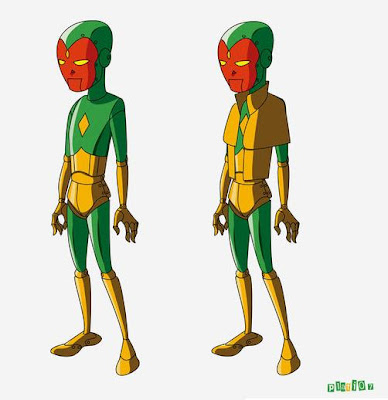 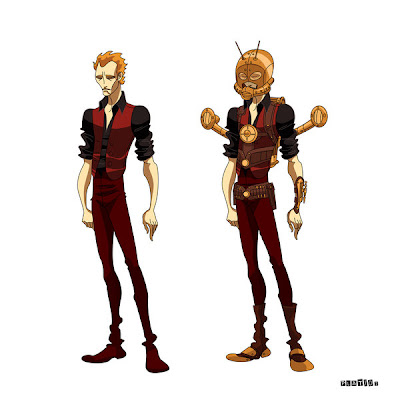 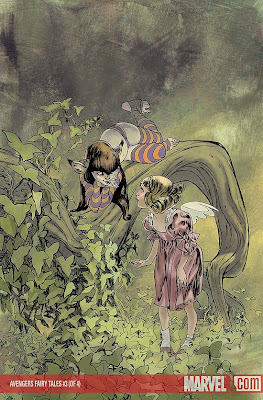 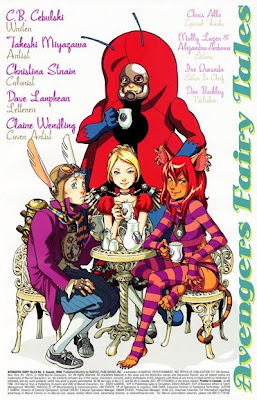 This issue features the Young AVENGERS instead of the regular Avengers. 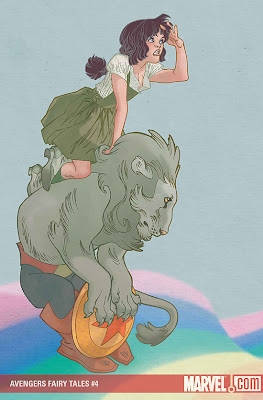 This issue has She-Hulk in a battle with Whirlwind inside the Avengers Mansion. When she gets the wind knocked out of her, she is swept away to the mysterious land of Oz (playing Dorothy's role) and inadvertently kills the Wicked Witch of the East - Pietra (Pietro, but as a woman. No kidding!) freeing the Munchkins who were under the Wicked Witch of the East's captivity in the process. 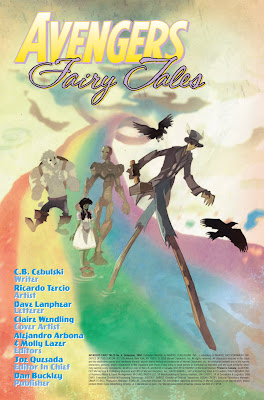 Along the way, she encounters her 3 flawed but faithful companions,
a gaunt and weak Scarecrow (Thor), a rusty Tin Man (Iron Man) in need of an oil-change & a heart, and finally, a weary Lion (Captain America/Beast?) who simply needs to find his courage.

Finally, we learn that the Wizard also needed our intrepid heroine's help as well because the Wicked Witch of the West happens to be his only daughter alive and wanted reconciliation.

Art
The artistic re-designs of the characters alone was a great enough reason for me to pick this up. On top of that, Marvel really pulled out all the stops to get the BEST artists for this series. Totally delightful! 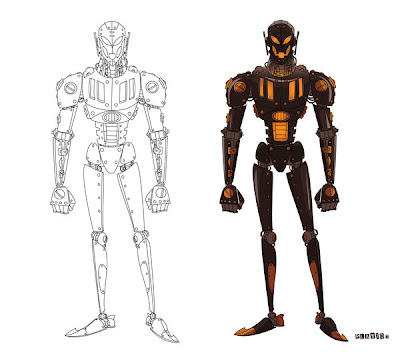 I have put in as many images of their work as I can find here. Enjoy! 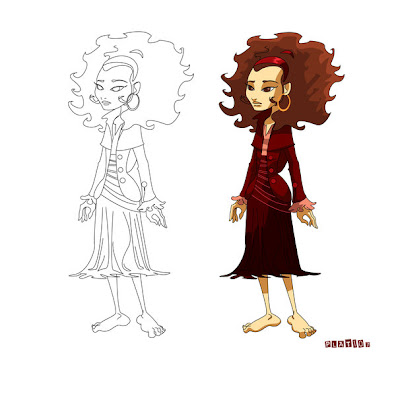 Although all the stories here are understandably predictable, it’s really refreshing to see who among the Avengers would play the roles of the fairy tale characters, making it a very enjoyable read. Go get it!

Order your copy here at 22% OFF: Marvel Fairy Tales