Movie Review - The Phantom of the Opera 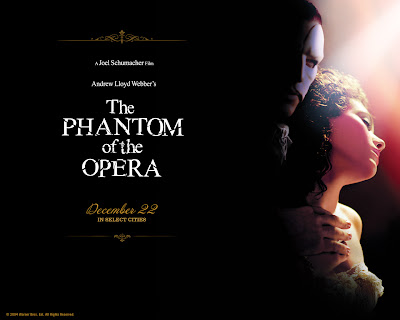 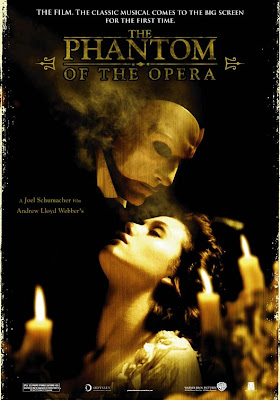 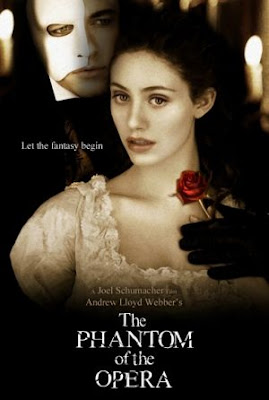 Story
(Based on Andrew Lloyd Webber's Stage Musical of the same name)
His voice calls to her, nurturing her extraordinary talents from the shadows of the opera house where innocent chorus girl Christine Daae (Emmy Rossum) makes her home. Only ballet mistress Madame Giry (Miranda Richardson) knows that Christine's mysterious "Angel of Music" is actually the Phantom (Gerard Butler), a disfigured musical genius who haunts the catacombs of the theatre, terrifying the ensemble of artists who live and work there. When temperamental diva La Carlotta (Minnie Driver) walks out in the middle of a dress rehearsal for the company's latest production, the theatre's eager new managers (Simon Callow, Ciarán Hinds) have no choice but to thrust Christine into the spotlight. 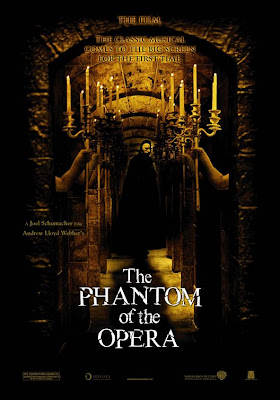 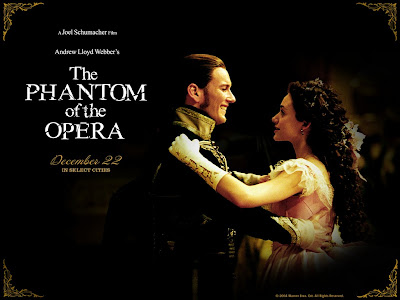 Her mesmerizing opening night performance captivates both the audience and the Phantom, who devotes himself to casting his protégé as the opera's next star. But he is not the only powerful man to be awed by the young soprano, as Christine soon finds herself courted by the theatre's wealthy patron, the Vicompte Raoul de Chagny (Patrick Wilson).
Though she is enthralled by her charismatic mentor, Christine is undeniably drawn to the dashing Raoul, enraging the Phantom and setting the stage for a dramatic crescendo in which soaring passions, fierce jealousies and obsessive love threaten to drive the fated lovers past the point of no return. 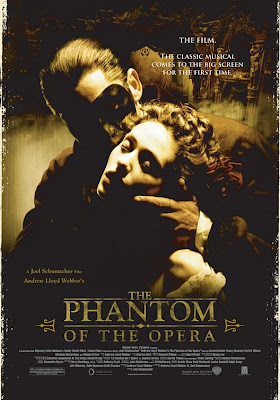 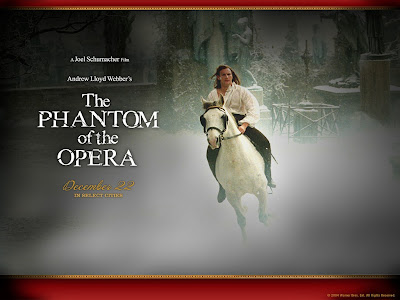 Acting
The acting was good considering the fact that the leads were quite new at that time.Emmy Rossum, who was only 17 showed a great display of emotion and acted well. Through this movie, she was suddenly recognised as a newfound talent. Gerard Butler's (who played the Phantom) acting was commedable too. He portrayed the character well and audience cannot help to take pity on him. Patrick Wilson, who acted as the dashing Raoul pulled off his role just as good as the other two and appeared to be the 'knight in shining armor' in the movie. The rest of the cast were generally okay. 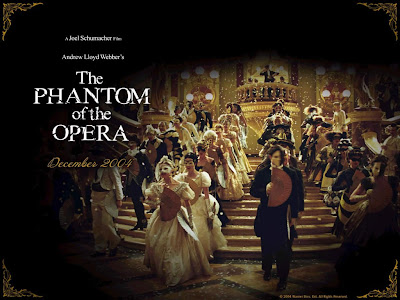 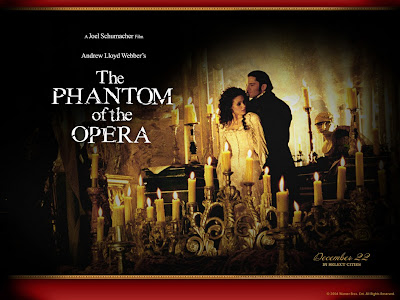 Overall
I only managed to watch this recently though it was released in 2004 and I have no regrets. Honestly, I expected much less of the movie since so many musicals were a flop. So for fans of musicals, this is one that will surely not disappoint. The songs are nice and the music really helps to bring out the different emotions throughout the movie. Definitely one movie that's worth watching again! 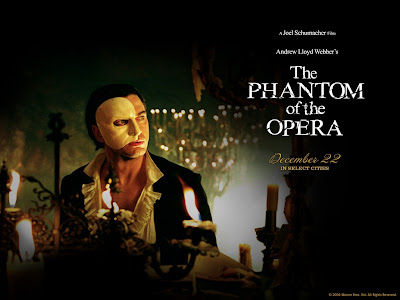 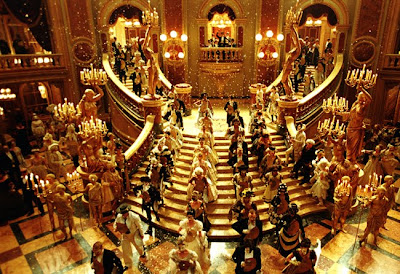