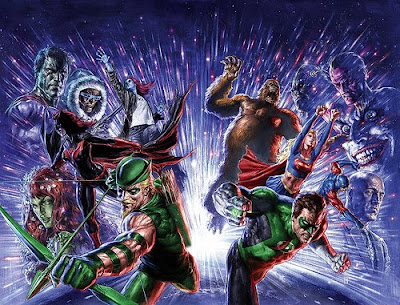 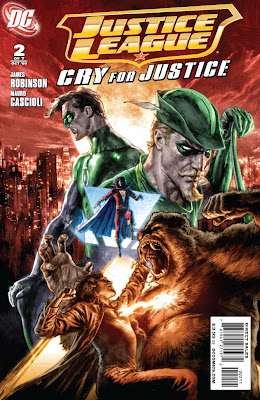 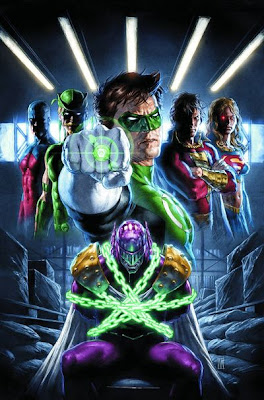 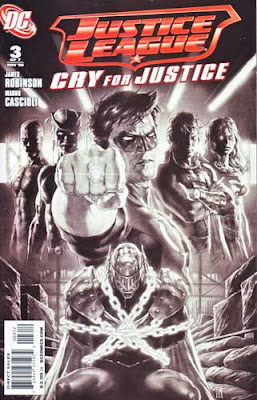 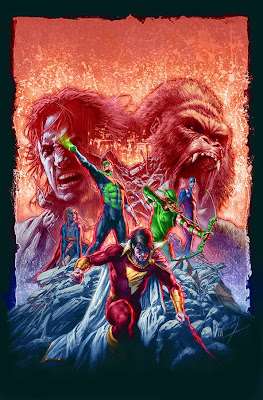 Story
Arising from the death toll from Final Crisis - notably Martian Manhunter (J'onn J'onzz) & Batman (Bruce Wayne), Key JLA members Green Arrow and Green Lantern sought justice (not vengeance) for their fallen comrades and leaves the JLA on their own mission of justice. They wanted to play proactive roles and take the fight to the villains instead of being reactive. Similarly across the DC Universe, other heroes like Ray Palmer (The Atom), Mikaal Tomas (The Alien Starman) & Congorilla (or Congo Bill in his Ape form) all mourn & seek justice the death of their friends and loved ones. Their paths all lead toward the same man - Prometheus. Regarded by DCU villains as the villains' version of Batman - a master stretgist and tactician.


Their missions against villains employed by Prometheus had a common thread - Prometheus was stealing DCU's advanced technologies but now really knowing his end game. The justice-seeking heroes are soon joined by Supergirl and Capt Marvel Jr (Freddy Freeman) who also subscribe to their justice-seeking philosophy. The heroes' missions led by Green Arrow and Green Lantern brought them back to the JLA onbaord their satellite to work out their next steps. 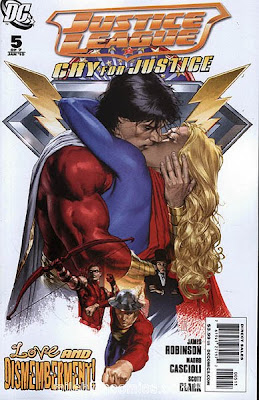 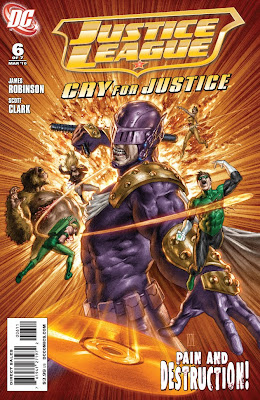 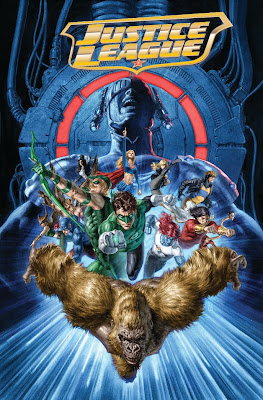 However, Prometheus was already onboard the JLA satellite as he was the disguised Capt Marvel Jr all along.Red Arrow (Roy Harper, GA's adoptive Son) was the first JLA casualty as he loses an arm to Prometheus & is seriously wounded,(while Lian - Roy's daughter - was also lost, along with thousands of Star City's people in the course of Star City's destruction)
Prometheus single handedly defeats ALL of the heroes onboard the JLA satellite but was finally given pause when confronted by Starman's one-time enemy - the Shade(who was helping Flash/Jay Garrick stop the villain from destroying their cities - Keystone City & Opal City). This was due to the fact that the Shade did not show up on Prometheus's database of heroes and which downloadsappropriate & deadly counter measures for each of the heroes. This enabled the already injured Donna Troy to finally be able to knock him out and apprehend him. The heroes soon learn that he had planned & planted a series of bombs that would destroy many major cities in the DC Universe, starting with Green Arrow’s home of Star City (with Central City, Keystone City, Opal City, Fawcett City and St. Roch slated for similar destruction subsequently.) The heroes releuctantly release Prometheus from their satellite in exchange for the deactivation codes to save the remaining cities.
In the last few pages of #7, we see Green Arrow somehow discover a way to Prometheus' hideout between dimensions and then shoots an arrow thru' his head, killing him. This makes Green Arrow a killer and would make him a fugitive in the eyes of the law and his fellow JLA members.
Art
Mauro Cascioli's art is simply beautifully breath-taking and is worth the cover price. Having said that, it does come across as a little stiff or static - lacking the fluidity when compared Marko Djurjevic's work. However, I was extremely very disappointed with #7's art. Possibly because it because of deadline crunches.


This is another rising star to watch!

Additional Comments
I have to admit that the roster of this Justice League is really interesting - I personally would NEVER have expected characters like Congo Bill, Mikaal Tomas or Capt Marvel Jr in the line up. However, due to the number of characters thrown into the series, there simply was not enough air-time for the team to come together before it all went down in the final showdown with Prometheus. So the 'Team' does seem a little incoherent. Many are also appalled at the death toll of the series - both heroes, villains and civilians. However, I have faiththat James Robinson knows what he is doing and this will be a pivotal point in the DCU for some time to come.


Regardless of what had been said about Cry For Justice, I maintain that it is vital reading for DC fans.

This book leads into the Justice League - Rise and Fall Special. 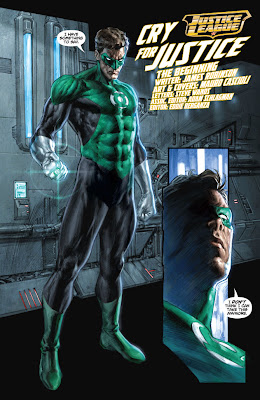 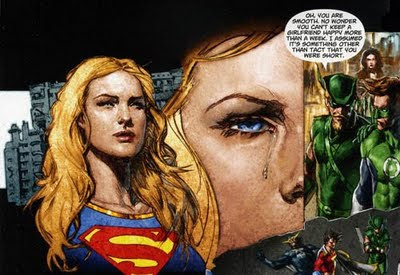 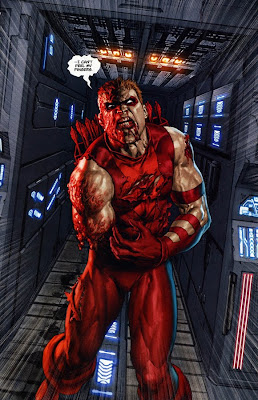 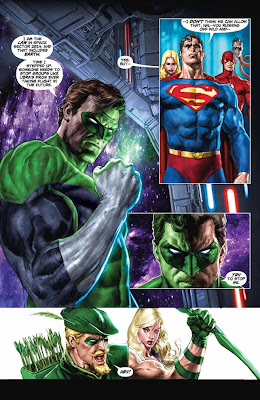 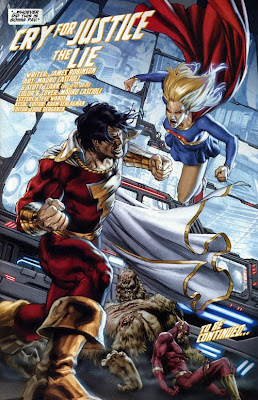 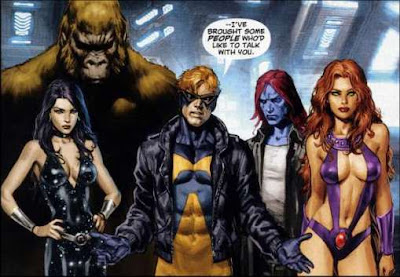