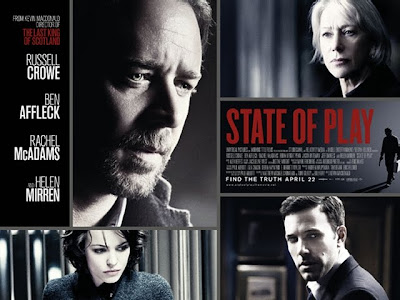 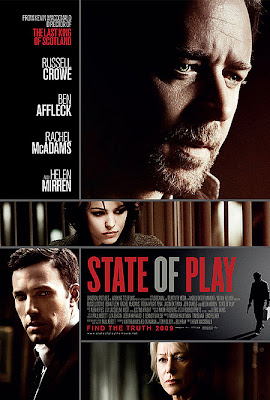 Movie Title
State of Play
Year
2009
Genre
Drama, Suspense
Story
Cal McAffrey (Russell Crowe), a Washington Globe reporter who had once been involved with the congressman Stephen Collins (Ben Affleck)'s wife – Anne Collins(Robin Wright Penn), is torn between his professionalism and his long-time friendship with congressman Collins who used to be his college roommate back in the day. He is now implicated in a sex scandal as his mistress turns up dead at a critical point of his political career (he chairs a committee scrutinizing the US’ defense spending on a major weapons supplier that has ties to his political rivals). Was it a suicide or murder?

Assisted by an upcoming young political blogger Della Frye (Rachel McAdams) ever ready to go to any length to prove herself and earn the respect as an equal of her sometimes cold and seemingly uncaring mentor McAffrey. She and McAffrey put themselves in mortal danger getting too deeply involved in their investigations into a conspiracy launched by a military contractor that threatens to shake the nation's power structures.
Acting
Although initially coming across as cocky, McAdams soon endears herself to viewers with her young naivety as the doggedly determined Della Frye. Robin Wright Penn’s Anne Collins is also believable as the emotionally drained wife who is torn between her love and devotion to her embattled husband and his recently discovered infidelity.
Crowe and Affleck were suited to their roles delivered credible performances, especially Crowe as the experienced reporter who is mentoring Frye. He exudes a confidence that compells the younger and less expereinced Frye to follow him in most of what they do in their investagations. 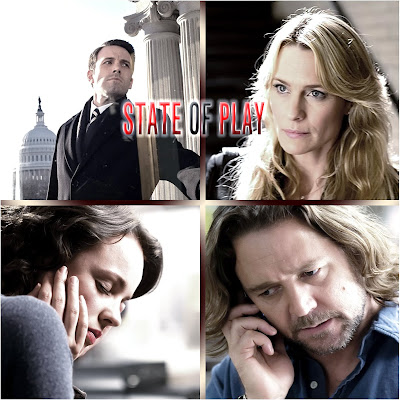 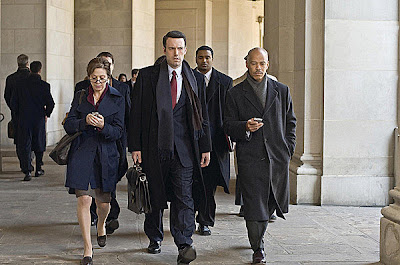 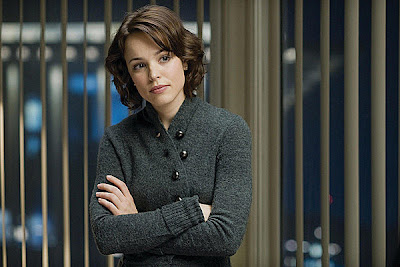 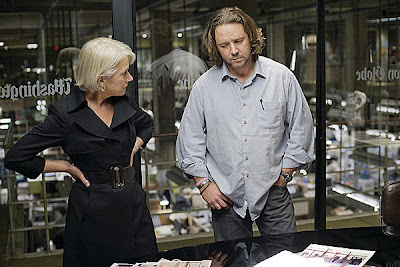 Overall
The movie had an ending that I didn't see coming – with a surprise reveal of who the real villain was (which would not be such a surprise now that I’ve said it). Apparently, it is an updated remake of a critically acclaimed six-hour 2003 BBC mini-series of the same name. Having never watched the original, this movie is quite enjoyable as it does have characters that are believable with a story that’s interesting and has a few twists thrown in for good measure. A good watch.