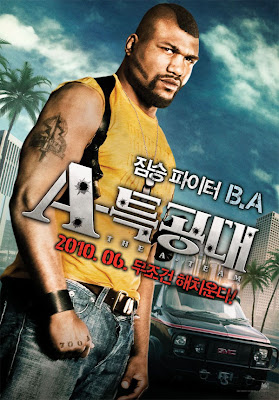 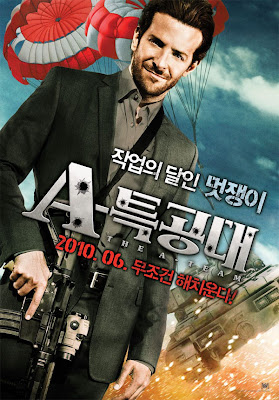 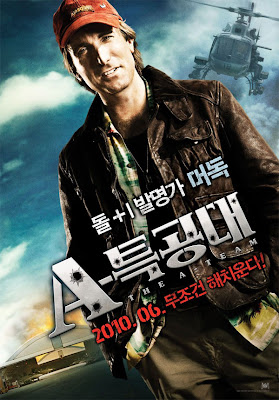 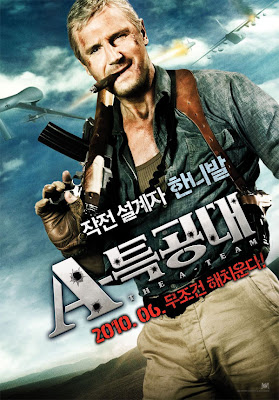 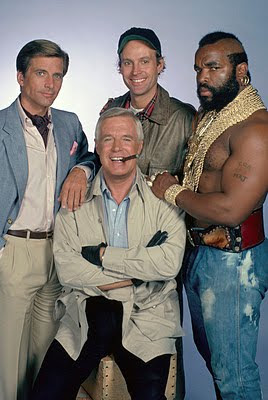 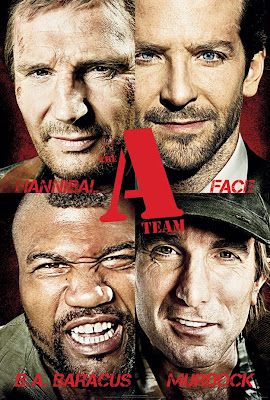 Story
Appearing for the 1st time on NBC back in 1983, this unlikely group Vietnam War vets have evolved with the times to become a group of Iraq War Rangers.
No doubt many would compare this to the recent similarly themed movie the Losers (see http://jmerb.blogspot.com/2010/05/movie-review-losers.html) - a group of special forces military men who were betrayed by their own country and they are now back to clear their names and for some payback.
However, the movie offers for the veryfirst time the origin of their first meeting and formation of the Team we all know and love - the A-Team (aka Alpha Team).
Colonel John "Hannibal" Smith (Liam Neeson) & Templeton "Faceman" Peck (Bradley Cooper) were on a 2-man joint opsin Mexico. During their Mexican mission, the also met their 3rd team mate when Hannibal enlists the assistance of passerbyRanger Bosco B.A. Baracus (Quinton Jackson), who also happen to be a War Ranger. They then recruited H.M. "Howling Mad" Murdock (the brilliant Sharlto Copley of District 9) from a mental instution when they were back in the US.
Decorated as heroes and stationed in Iraq, they blaze a hot trail of succesful missions under their collective A-Team belt and earn a formidable rep for doing nigh impossible missions. However, their rivals who envy their reputation , the Black Forest team (a fictionalized version of Blackwater), caused the death of their comanding officer, General Morrison (Gerald McRaney), upon the A-Team's return from their succesful black ops mission. Blamed for General Morrison's death, they were court-matrialled, dishonorably discharged and jailed.
The mysterious CIA Agent Lynch (Patrick Wilson) who instigated the black ops mission in Iraq frees them from prison to tie up a few loose ends from that mission. Then it becomes a game of cat& mouse between the players and unravelling the puzzling circumstances of their predicament. 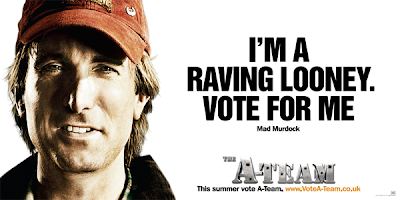 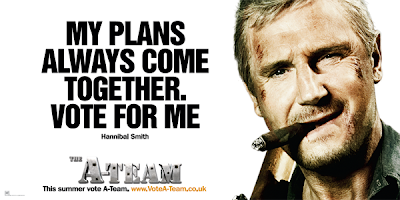 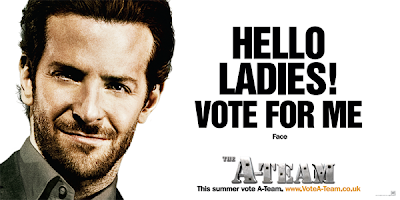 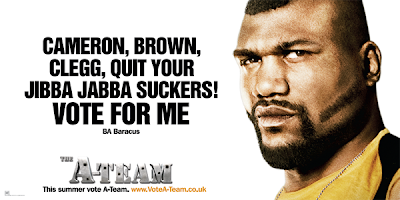 Acting
I kinda thought Liam Neeson didn't really capture the essence of Hannibalas best he could although he did a credible job of it. However, I was really taken in by the brilliant Sharlto Copley's Howling Mad Murdock! Bradley "Face"Cooper was also every bit the smooth ladies man. After this movie, I'm sure therewill be more roles for him to take on as the leading or ladies man!
Overall
The movie sticks with the TV Series' formula of tongue-in-cheek actionwith many action sequences that would make the Autobots and Decepticons blush! Viewers have to suspend their knowledge of the laws of physics for the duration of the movie as they have been flushed down the toilet!But it makes for interesting viewing as you'll see many impossible featslike how BA manages to avoid any injury when hundrends of shipping containers fall on him as he dashes about like a crazed jack-rabbit! The other one would be how the tank was manouvred in the sky (you have to watch it to know what I mean)!
It's a fun romp and a nostalgic meeting up with old friends for those old enough to have watched the TV Series. Just don't put too much on the realism department and you'll enjoy yourself.
Rating
6/10
Take the A-Team home today - 43% OFF!
The A-Team