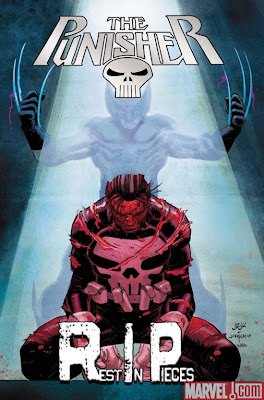 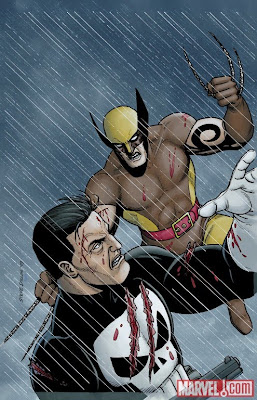 Story
Norman Osborn sics Daken (or Dark Wolverine) on the Punisher, with some (OK, heaps) help from his HAMMER agents on Frank Castle as part of his to do List, taking the fight directly back to Frank’s hideout.

Having had his run-ins with Osborn and his goons in his own book where he tried to assassinate Osborn. He is now severely worn out, injured and battle –weary. Even so, Frank is ever-ready to address intruders. After being bombed-out by Hammer agents, He and Daken have the final showdown down in the sewers. Of course the fight is one-sided but Frank does manage to get his licks in to daken.

Art
It's John Romita Jr. You either love him or hate him. He does very power-packed visuals very well suited for intense fight sequences like this issue (and also for his other book – Kick-Ass)

Additional Comments
WOW! (or WTF, depending on which side of the divide you would fall into after reading this issue. ) A monumental milestone in Frank's life for sure. The fight depiction is raw and brutal.
Posted by JM Loke at 10:20 AM