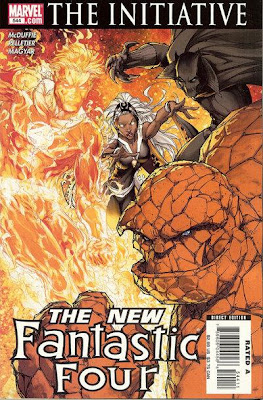 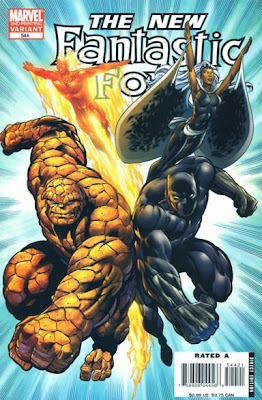 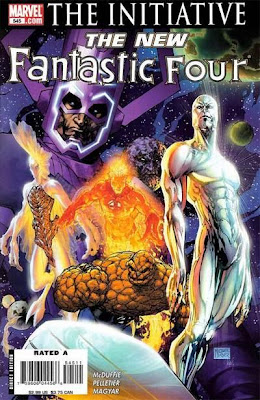 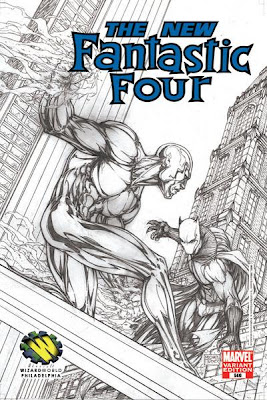 Story
In the wake of Civil War where Reed and Sue’s marriage suffered seriously due to the different sides they each took during the War, the decide to take a “second” honeymoon (but they didn’t really have their first honeymoon as it was crashed by some dastardly super-villains) to work on their marriage on Saturn's moon Titan. Meanwhile, the Wakandian Embassy was destroyed in the Civil War when Storm was fought the Thor clone (co-created by Reed), the recently married King of Wakanda – the Black Panther (T'Challa) and his Queen, Storm (of the X-Men) take up temporary residence at the FF’s HQ and stand in for the as FF members in Reed & Sue’s absence. Hence – the New FF.

Former cyborg-killing machine Deathlok, Michael Collins, seeks help from the FF with a desecration of the gravesite of young hero – Gravity. The FF go to the Moon to seek out Uatu, the Watcher of our Galaxy for information on the perpetrator(s). With Watcher Uatu’s help, the FF soon learn that Gravity's body had been taken by the cosmic entity Epoch (a really ugly Cosmic Guide to Quasar, Protector of the Universe) to the far side of the universe. However, before the FF can retrieve Gravity’s body from Epoch, the Silver Surfer arrives to deliver the death warrant for Epoch. The Silver Surfer agrees to give the FF a little time to complete their mission before summoning Galactus to feed on Epoch. However, the FF then decides to protect Epoch from Galactus’ hunger. The dire situation causes Epoch to revive Gravity, reborn as the new protector of the universe! Stardust, the other Herald of Galactus, joins the fray! But then the FF has the Black Panther on the team! He, like Reed, always has a plan for almost every situation and he has the Galactus Contingency Plan – which includes King Solomon's Frogs (don’t ask, you have to read it) and an armor based on the technology Dr. Doom used to steal the Surfer's Power Cosmic years ago. The FF save the day by actually feeding Galactus back to full strength.

Art
Paul Pelletier, who may be better known for his work on War of Kings delivers solid work on the FF but the embellishment sometimes make his art seem like Mark Bagley’s. I say this because altho’ Bagley is a favorite of many comic readers, I have not liked his work much. However, knowing that Bryan Hitch is going to take over the art chores within the next few issues made it OK so see Pelletier do only a handful of issues.

Additional Comments
With just 3 issues, there are enough characters in the arc to really amp up the excitement & let fans sink their teeth into, especially with characters like Uatu, Black Panther and the Silver Surfer. These 3 characters are among the BEST (and my personal favorites along with the Inhumans) ever characters created from the Stan Lee-Jack Kirby Era, plus they all made their debut into the Marvel Universe in the very same book – Fantastic Four! This is a great arc for both new readers and seasoned readers to jump back on board the FF fan-wagon! 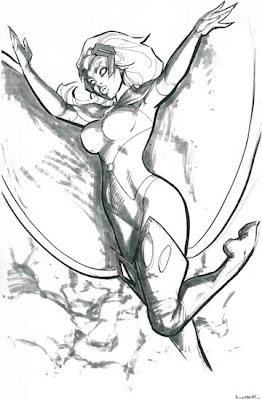 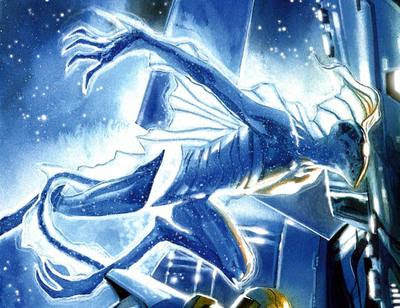 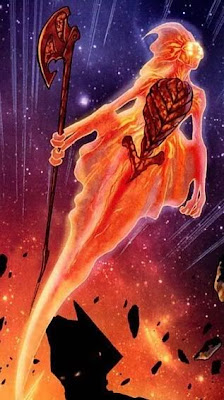 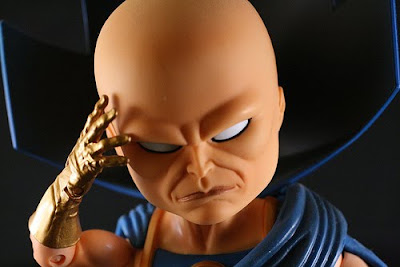