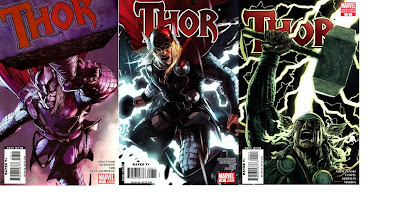 Story
Thor is finally back (and so is Dr Donald Blake) after the final Ragnarok in the previous Thor series destroyed all things Asgardian. That was why he was not part of Civil War (only his clone appeared if you recall).

When Thor restores Asgard on Earth, he carefully executes his plan to restore only its “good” inhabitants but eventually, Loki was inadvertently freed. But he returns as a she (yup, you read that right) and she looks hot (and you will know why when you read #12 or in the Spoiler Section below)!

The story flows directly into Marvel’s first book that has an issue number as big as 600 – Thor 600!

Art
Oliver Coipel is a very good artist but I disliked how Thor was made to look like a primitive Neanderthal! Other than that, I loved his work here in the series. His artwork is very clean but jam-packed with details and subtle nuances of the characters.

Now, mark my words - Marko Djurjevic is a superstar in the making. His work on issues 7-8 was simply breath-taking. Reminiscent of Trevor Hairsine, Gary Frank, Ethan Van Sciver & Mike McKone’s finest work. His pencils are more detailed than Coipel’s. 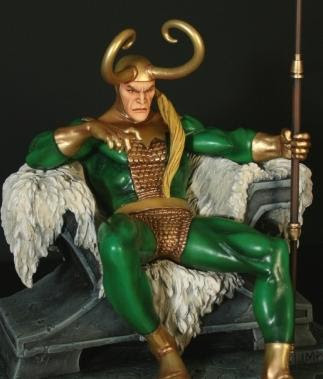 Additional Comments
There were many things that I didn’t like about the new Thor series initially. I didn’t like the new armor, or the fact that Asgard is now floating over Oklahoma (!!). Thor was also made to look more like a Neanderthal in Coipel’s renditions than a Norse god.
Posted by JM Loke at 9:02 PM