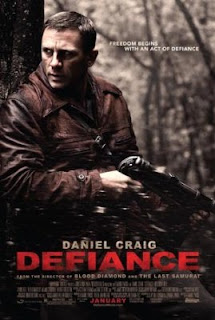 BONDing in the Balkans by the Bielski Brothers

Story
Based on a true event, 3 Jewish brothers - Tuvia Bielski (Daniel Craig), Zus Bielski (Liev Schreiber), Asael Bielski (Jamie Bell) became unsung heroes when they helped shelter a group of Jewish refugees from the Nazis in the forests of Eastern Europe during WWII. 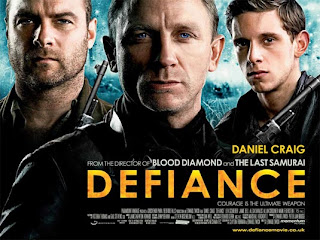 Acting
Acting from the leads was top-notch, as can be expected from a movie by Edward Zwick, who produced other top-billing movies like I Am Sam, The Last Samurai and Blood Diamond. Powerful stuff from the 3 leads although Craig & Schreiber basically hogged the limelight for most of the movie. 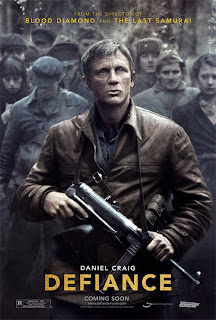 Overall
The film was over 2 hours! I have to say that while I was watching it, I couldn’t wait for it to end. Not because it was a bad movie or that it had bad acting, it’s just that it was not entertaining enough to warrant 2 hours of the viewers’ time. However, it was refreshing to see that during a war, there are heroes like the 3 brothers who rise to the occasion and do their bit to help restore our faith in humanity.