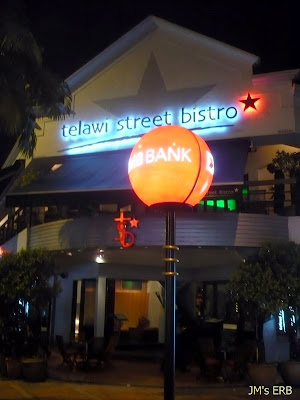 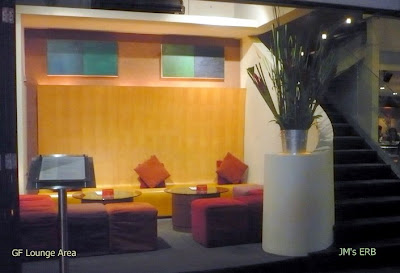 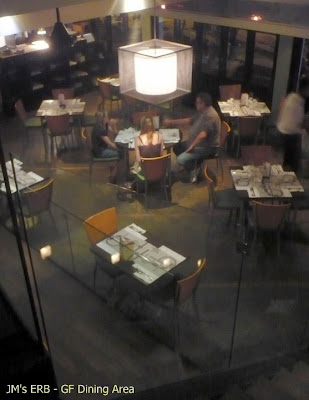 Getting there
Located at the corner of the famed Telawi streets of Bangsar. You can’t miss it if you see McDonald’s or the MPH Book Store. 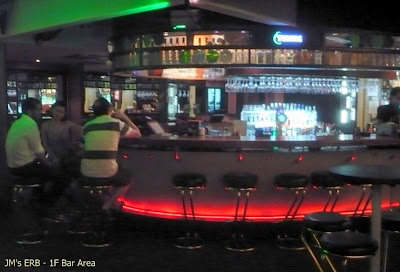 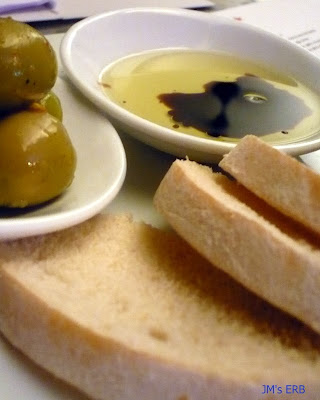 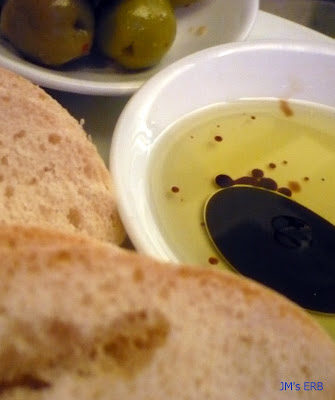 The wait staff was very helpful but was not very knowledgeable as there were 3 times that we had asked him so describe what some of the menu items were and he was unable to answer. 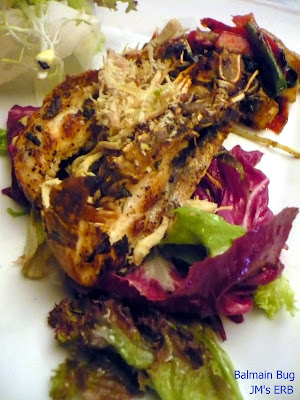 The desert took too long to be served as we had waited almost 20 minutes for it to be served. And when it was served, the ice cream had begun to melt (which meant that it was sitting there for a while before it was brought to us).

AmbienceThe soft lighting & décor makes visitors to the place feel very cozy. The place has several distinctly separated areas for visitors – the bar area upstairs, dining areas (both downstairs and upstairs with smoking and non-smoking sections), and tables along the balconies and walkways downstairs for either dining or drinks. 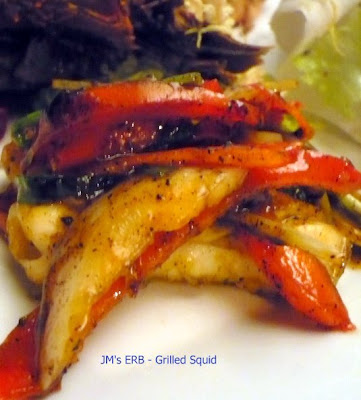 We chose to dine al-fresco upstairs as it had just rained and the air was cool and breezy.


PresentationThe food was presented exceptionally well. I especially liked the way the baby octopi were presented atop a crispy edible bowl.

This was quite a surprise to me (not the pleasant variety, unfortunately). Although the food was immaculately presented, the taste was, unfortunately, quite disappointing. This was especially true for the Mixed Seafood Platter we ordered. There were 4 types of seafood on the platter – grilled baby octopi, squid, Salmon, and a Balmain Bug - whom they refer to as whole “lobster”. 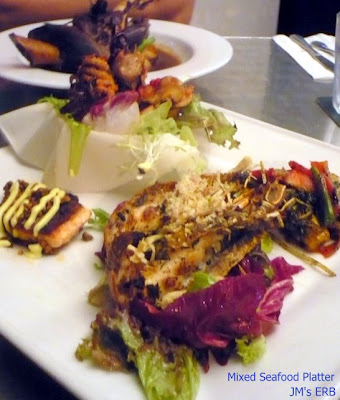 Credit where it is due, the squid was done quite well, marinated & grilled in their own sauces and accompanying salad, it was quite good. The Balmain Bug was done well, fresh and juicy, not overcooked. However, the baby octopi (among my favorites when it comes to seafood) was the big disappointment because I was looking forward to how they were going to prepare it – Grilled! They were overcooked and their texture was too dried up to be eaten. The only was I can describe them is that they tasted like dried rubber soles (not that I had tried them before but I would imagine them tasting like that). They were simply too dried up with little to no moisture whatsoever remaining with them. We left most of them on the platter. The portioning of the 4 types of seafood was rather un-even – with the Baby Octopi and Balmain Bug dominating most of the platter’s real estate, the piece of grilled Salmon was not bad either but the size (1” x 1.5”) of it was rather depressing. They should’ve had a bigger piece of salmon on the platter so that it would have looked much better and more evenly distributed on the platter. 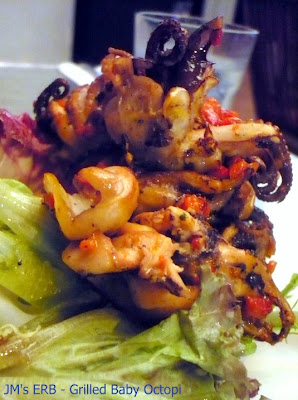 The Braised Lamb Shank in Rosemary Sauce was not bad. Not the best not the worst I have had. The texture was very good with all of the moisture still locked in. However, it would have made the dish much better if they had served it with mashed potatoes instead of baked wedges. The portion was also quite big.

The Chocolate Volcano (a chocolate cake with warm chocolate filling topped with a scoop of Vanilla Ice-Cream) was extremely sinful but based on the name alone, one would think that this desert would have come in a more hedonistic size instead of the 2” girth. This was the best part of the meal. It left us wanting for more! 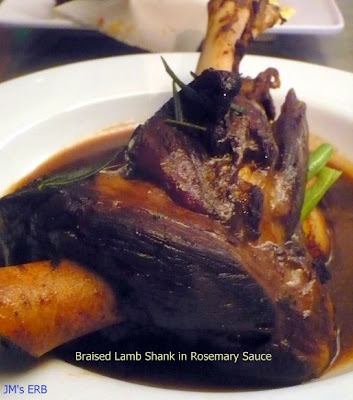 Variety
There are too many items on their menus (they have 3 menus – Drinks Menu, Food Menu and Desert Menu) to savor in 1 visit.

They have a very creative list of drinks on their drink-list and also a very extensive list of pizza’s in their Food Menu. 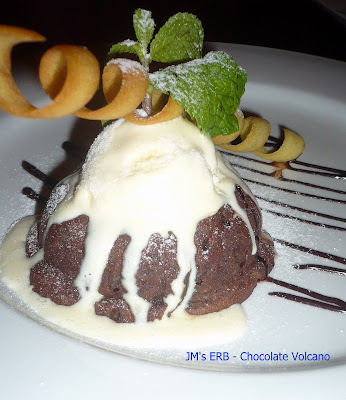 Value for MoneyWith the mains going from between RM25-RM85++ a pop, and the desert we ordered was at RM16++, the food here is not cheap. And with that, expectations were higher than other dining experiences.

Overall
Rather expensive meal that was un-impressive and left little to talk-about. Food and experience fell short of expectations. Would have preferred to spend one’s hard-earned RM at a restaurant located in a hotel. Probably would not be making a return any time soon.
Posted by JM Loke at 8:34 PM