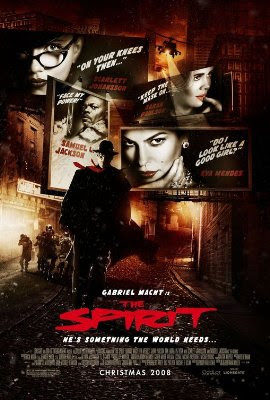 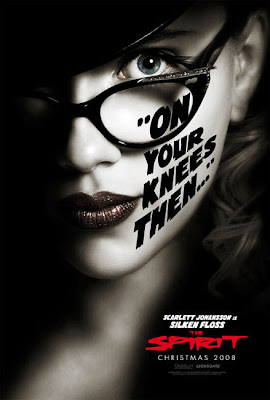 The Spirit / Denny Colt (Gabriel Macht) is a dead cop who had been brought back to life to protect his city - Central City – from colorful characters (with equally colorful names) such as The Octopus (Samuel L. Jackson), Silken Floss (Scarlett Johansson) & the dumb clone henchmen ( Louis Lombardi). He also has a string of interesting female characters (with equally interesting names such as Sand Saref, played by Eva Mendes and Plaster of Paris, played by Paz Vega) as love interests/nemeses.

The movie has the Spirit attempting to thwart The Octopus’ schemes yet again, but this time, the stakes are higher as the Spirit ‘s old flame Sand Saref, is implicated. 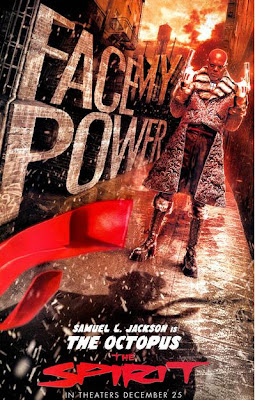 Acting
Other than getting top billing actors like Jackson, Johannson, Mendes & Vega put their names (and reputations) on this project, there wasn’t much they could have done to help as both the script and direction were weak.
Overall
This movie is (like Catwoman & Ghost Rider,) a travesty to the concept of comic-book inspired movies because we all know they can be made great (Iron Man, Batman, etc come to mind).

Other than the great looking set (similar to movies like Sin City, 300, Max Payne and Sky Captain), there isn’t much else for the viewers. Don’t bother with this one.
Order your DVD copy here: http://astore.amazon.com/eareotbi-20/detail/B001RHGRT8
Rating: 3.5/10
Posted by JM Loke at 11:24 AM