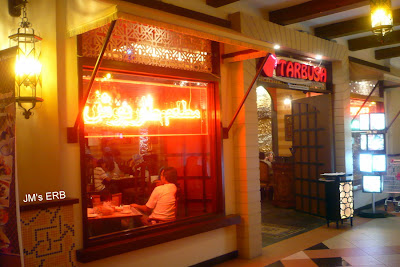 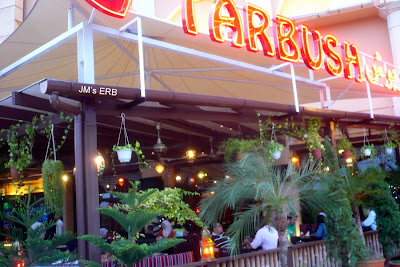 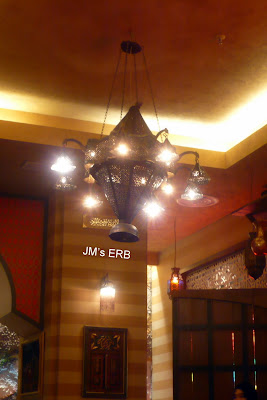 Getting thereLocated at a section of the new wing of the Sunway Pyramid Shopping Mall called Marrakesh. 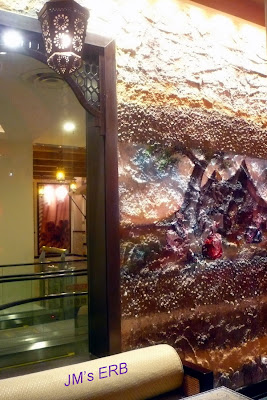 ParkingNo problem as the Mall & vicinity have ample parking spaces. 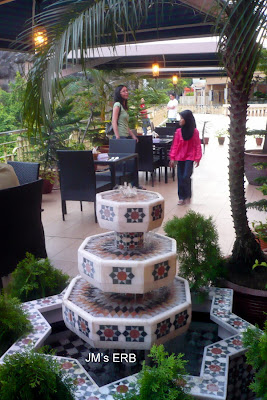 ServiceThe buffet was fully booked when we first go there so the staff suggested that we book for another day. 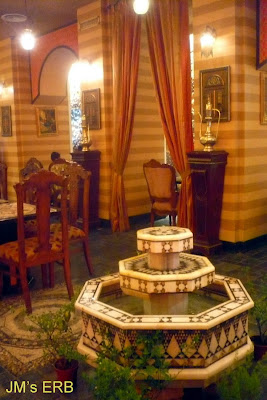 However, service on the day we dined there was almost non-existent to the point where used plates were not collected as quickly as I have been accustomed to. 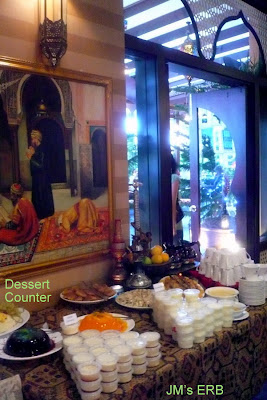 This may be due to the fact that they were running a full house but then, they should’ve anticipated this. 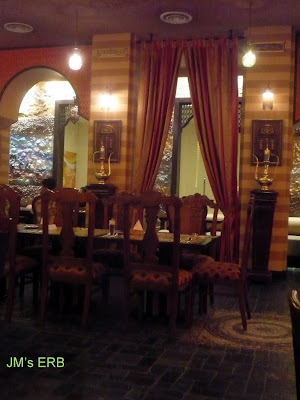 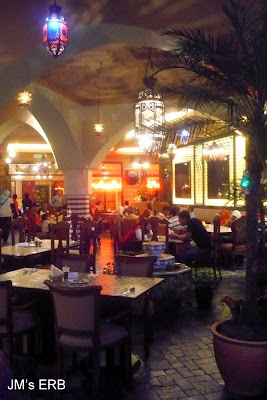 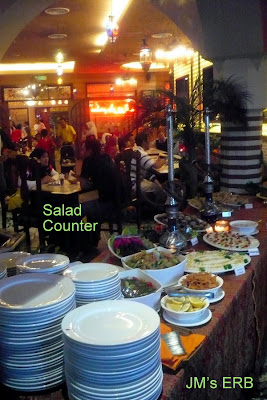 Ambience
To a lay-person like me who is unable to discern the differences between Syrian or Lebanese design, their décor looks authentically Middle Eastern. So it was very convincing. 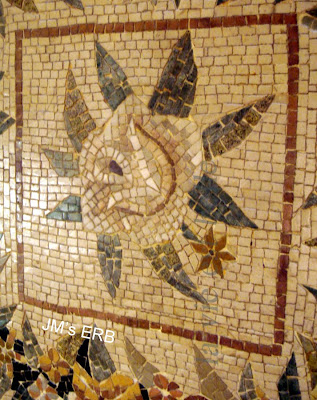 The lighting conjures up images from 1001 Nights. 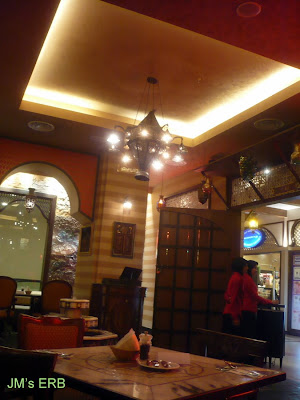 The Mini Water Fountain right at the entrance makes a strong impression for diners. Take a look also at the intricate mosaic design on the table tops and different Lamps used in the dining areas. 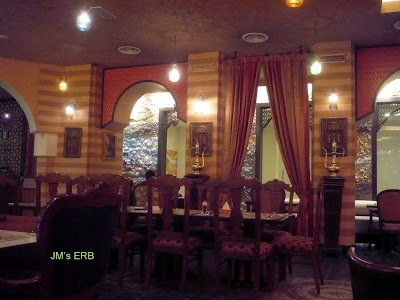 TasteSome of the items use yoghurt in their cooking. Hence the taste is quite different from the typical cuisines Malaysians are used to. So it may take a little getting used to the taste. 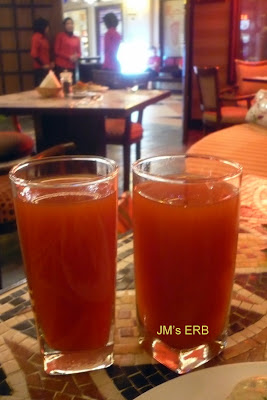 I personally found it to be a refreshing change of pace for my taste buds. 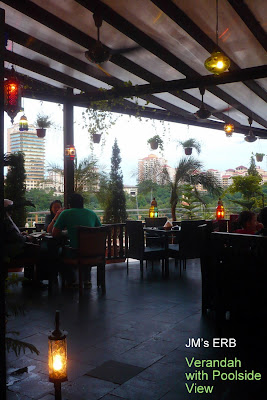 PresentationThe food presentation and the décor of the restaurants lend a lot of character to the entire dining experience. Very nice! 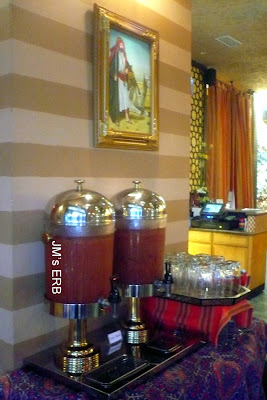 VarietyThere were many items that were unfamiliar to me. This made it a very interesting dining experience. Among the items that were available include:
- Falafel (fried chickpea balls)
- Hummus (chickpea dip/spread) 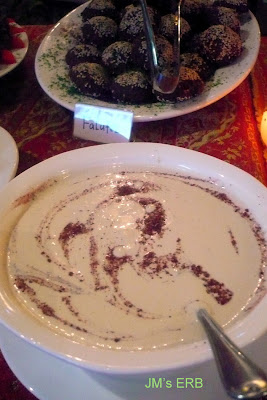 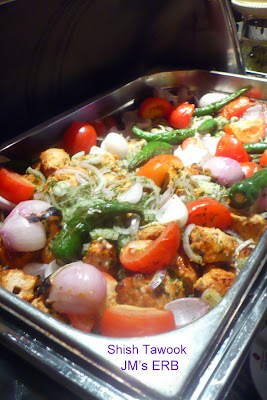 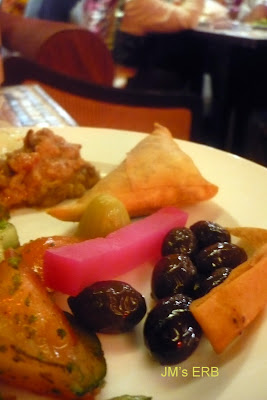 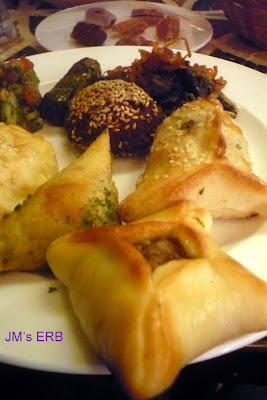 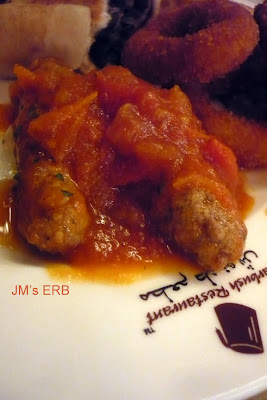 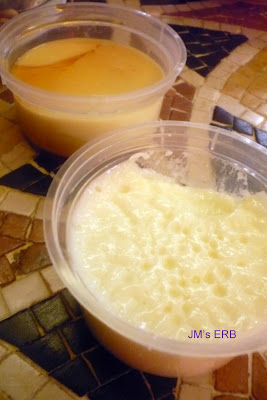 There were some Western items as well, like Deep Friend:
- Fish Fillet
- Calamari Rings 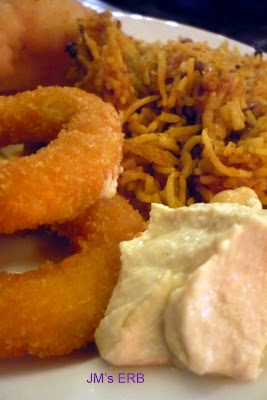 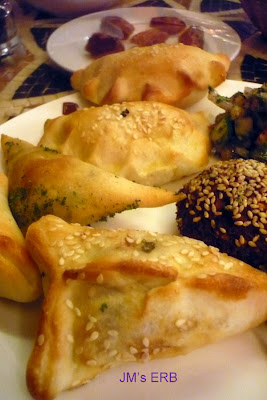 The “Fruit Punch” (has some hint of possibly ground dates?) was really good and refreshing. It went really well with the rather rich food that we had for the evening. 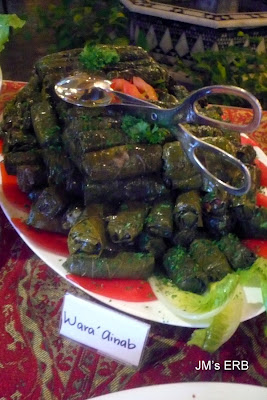 Value for Money
At RM60 per person, it’s not cheap but it’s good value as the food is not only of really high quality but tastes excellent too.


Overall
I would recommend this place to anyone who is bored of their typical Japanese, French, Italian or Thai cuisines. A refreshing change at good value, good ambience and food that tastes great! Go try!
Posted by JM Loke at 6:41 PM